Apple Pie Cinnamon Roll Bombs combine two classic fall favorites to create a delectable dessert that will have you using up your apple stash in a hurry.

We came home from the apple orchard last weekend with a huge haul in anticipation of apple recipe development and general apple consumption around our house. I knew we would snack on some of them with our favorite dip. Then it was time to create something yummy for you guys.

These Apple Pie Cinnamon Roll Bombs were the first recipe on my must create list. 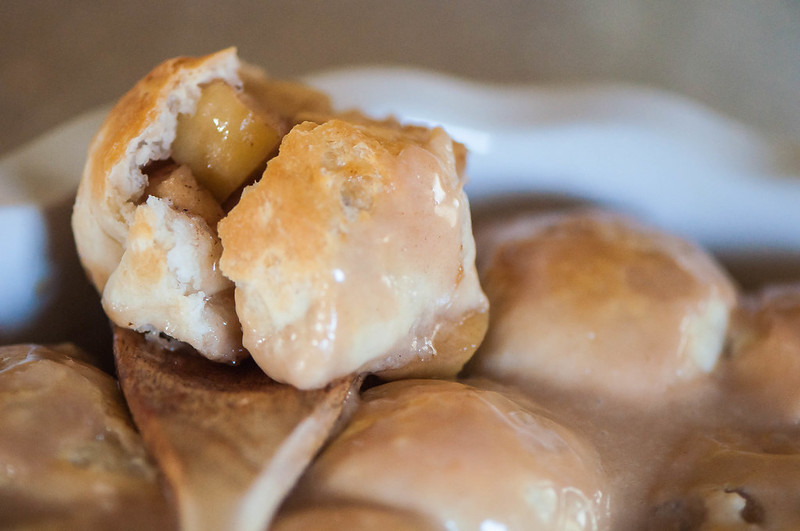 Apple pie on the inside and all the cinnamon roll flavors and textures on the outside. It combines to create something quite magical my friends.

These start with a handful of simple ingredients as most of my recipes that I share. First and most important, the apples. I used my all-time favorite apple, the honeycrisp. They are the best for snacking and great for baking with too. Multi-purpose for the win. You could use Granny Smith for a more tart result or Johnathan’s are great baking apples as well.

Whatever apples you choose, chop them into small pieces and saute in a little butter with all the fall spices. Cinnamon is of course featured but I threw in some nutmeg, allspice and cloves to round out all the warm, spicy flavors. 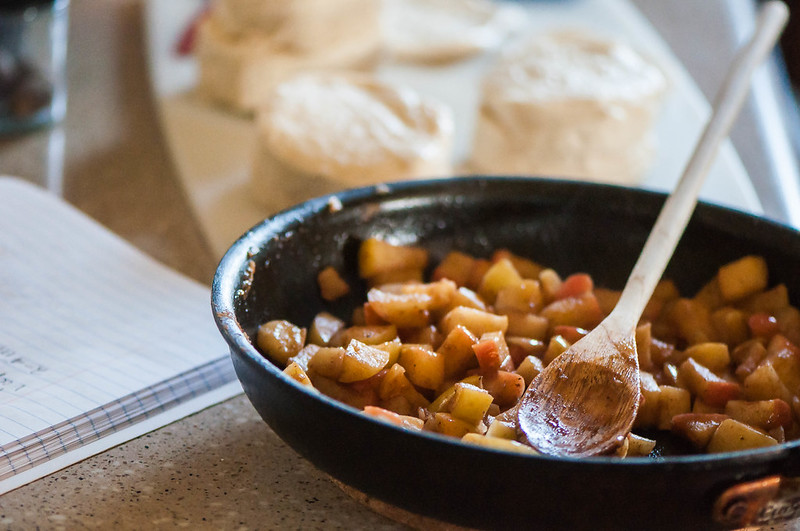 Canned biscuit dough provides the bread component of this recipe. It’s sliced in half lengthwise (like you would slice a cooked biscuit) then flattened a bit and filled with the spiced, cooked apples.

Once they are filled with the apple pie filling, pinch them wrap the dough around and pinch it closed to create a little ball of goodness. Line them up in a greased pie plate and bake away.

While they are baking whip up a simple glaze of powdered sugar, cinnamon, maple syrup and a little milk. Pour over the hot bombs to add that cinnamon roll factor. 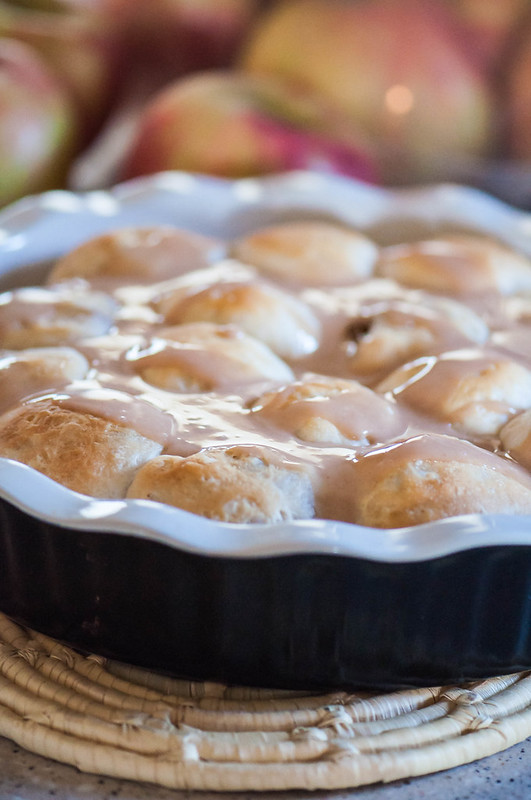 If you really want to up the ante, add a scoop of vanilla bean ice cream. I wouldn’t be mad at that. 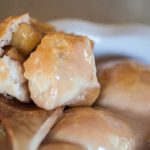