July is quickly coming to a close (say what?) so I have one last recipe to share with you all to celebrate national ice cream month. This lemon gelato may seem super simple and kind of boring but that is just so so wrong. I’ve made a lot of ice cream in my time but this ice cream right here my friends, it’s the ice cream of my dreams. Well, gelato of my dreams. 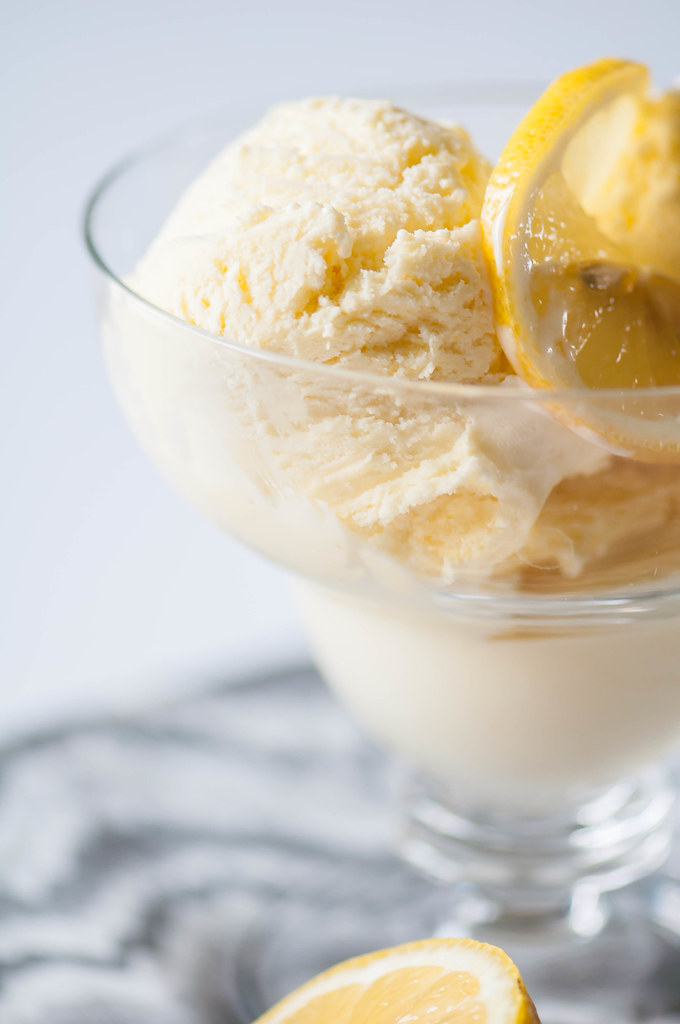 This roasted strawberry ice cream used to be my favorite homemade recipe but lemon gelato has totally taken its place, #sorrynotsorry. I may sound a little dramatic but I mean it, I cannot get over this one.

This may seem like a sin, ok it is a sin, but we often don’t finish homemade sweets around here. Whether it’s cookies, cake, brownies or ice cream we just aren’t big on sweets and I end up sending them to work with Joel. Or the ice cream is found months later in the freezer.

But this gelato disappeared after 2 days. That’s a new record. And I was super sad on day 3 when I mayyybe was reaching for it during nap time and realized it was gone. 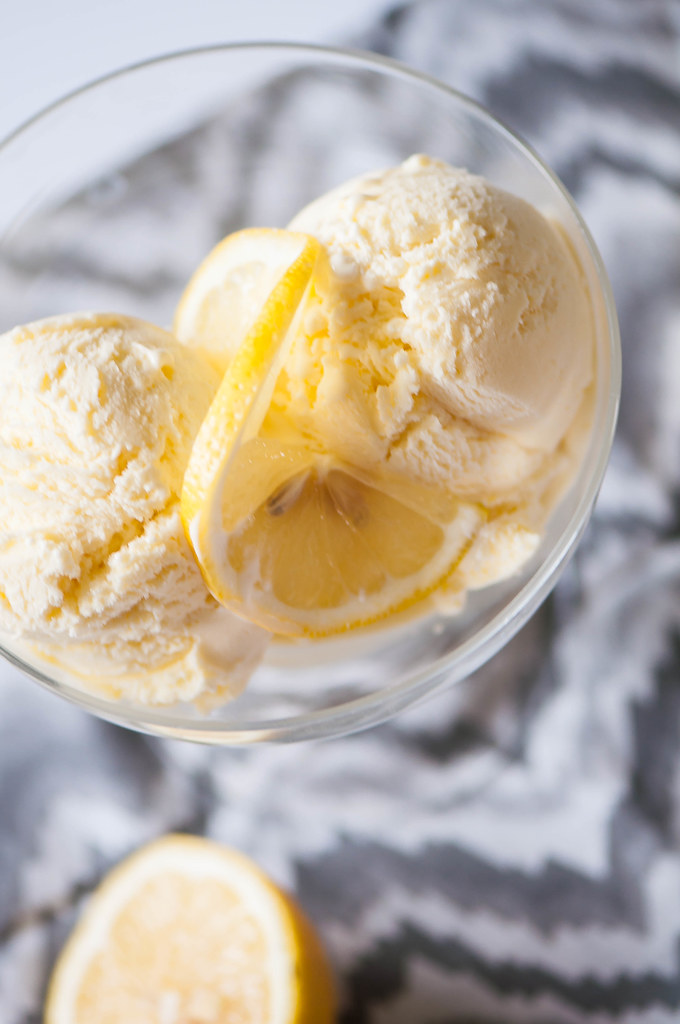 This lemon gelato has a crazy creamy mouth feel with a perfectly tart finish. Traditionally, gelato is denser and richer than a typical ice cream recipe which makes it feel more decadent and fancy.

Part of what gives gelato it’s incredible texture is a slow freezing process and although I can’t get quite the traditional texture of gelato from my ice cream machine you can still taste and feel the difference in this recipe.

Because of the addition of heavy cream, the tartness of the lemon is really balanced out and not overwhelming. The gelato get two punches of lemon throughout. First, the half and half and some of the heavy cream are infused with the rind of a lemon. Secondly, lemon zest and sugar are place in a food processor and whirred together to make a delightfully zingy sugar that is stirred into the gelato base. 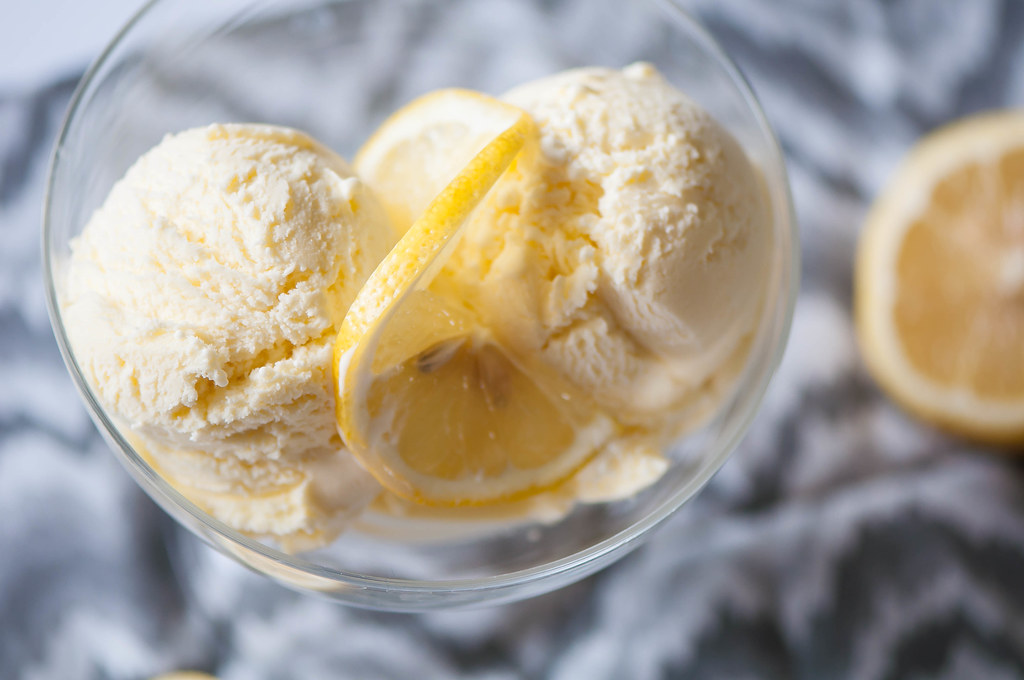 I have to admit I don’t normally go for an ice cream that is simple and doesn’t have any crunchy mix-ins but this lemon gelato is simple understated perfection. I seriously cannot get over the creamy results. So with this gelato I’m been transformed from a  formally trashed up ice cream fan to a simple gelato lover. Ok, let’s not go too far…I still love the trashed up stuff too! 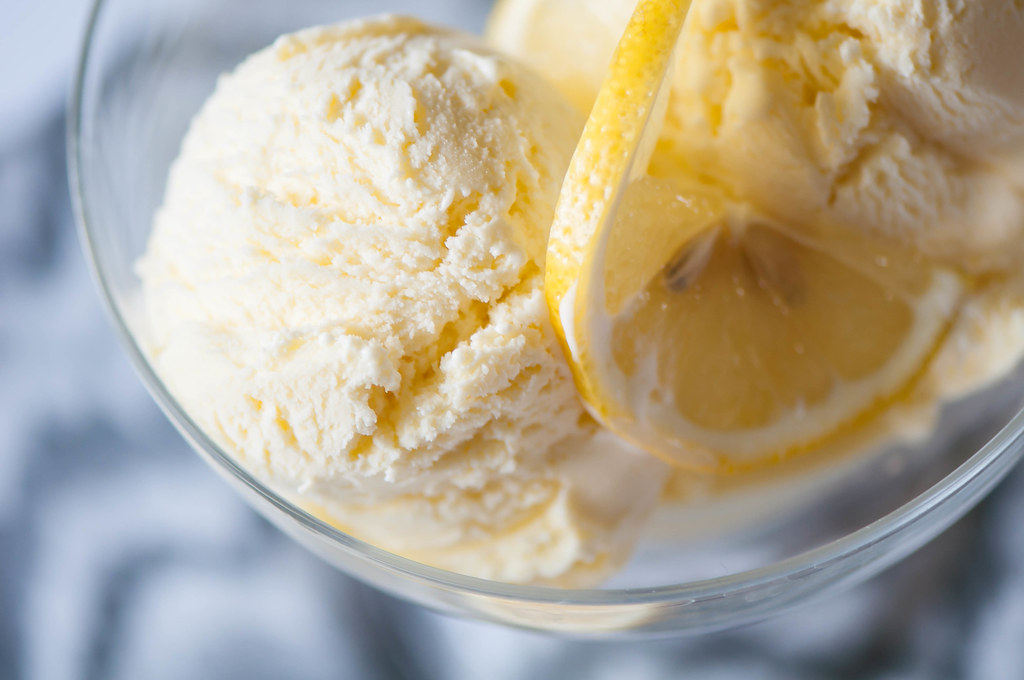