I’m officially back on pasta and bread. Limited but they are back and I’m so very happy. So the first thing I did was combine all my favorite junk foods to trash up a classic, childhood favorite. 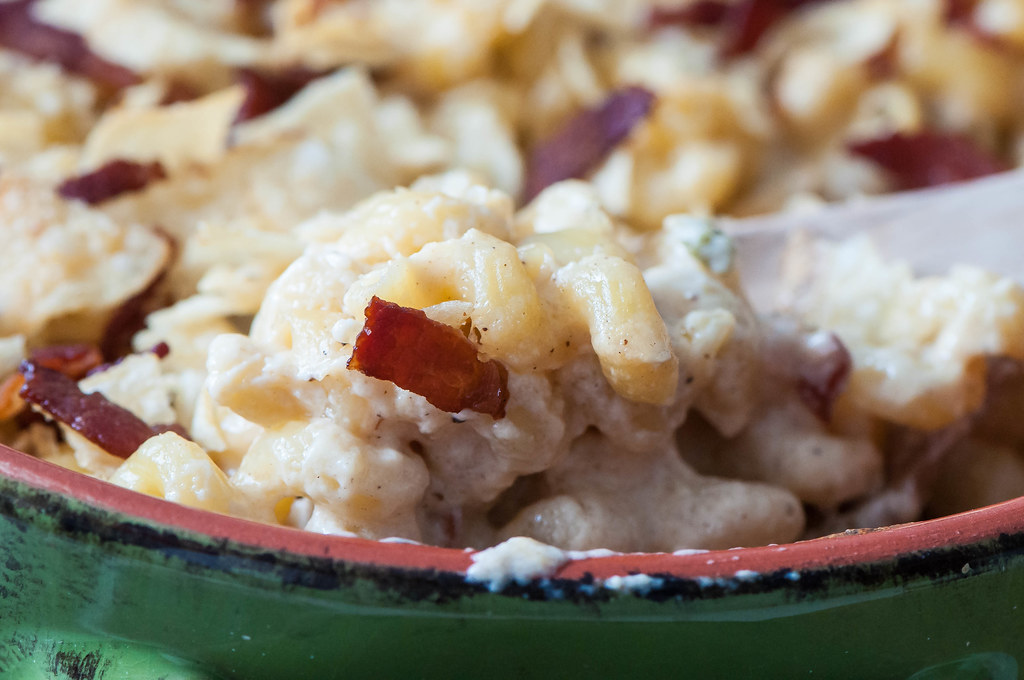 Bacon, three types of cheeses, pasta, jalapenos and potato chips combine to create this glorious Trashed Macaroni and Cheese. Oh yes I did.

I know there can be a debate over which is better, creamy stovetop macaroni and cheese or a baked version and everyone seems to have their opinions. I’m down with any version but I grew up with baked macaroni and cheese with a crunchy breadcrumb topping so when I’m craving comfort food that’s one of the first things that pops into my head.

I actually dreamed up this trashed macaroni and cheese a few days after Lent started. You know, in the depths of pasta detox. So, I’ve been thinking about it for quite some time now and it was everything I hoped for and more. 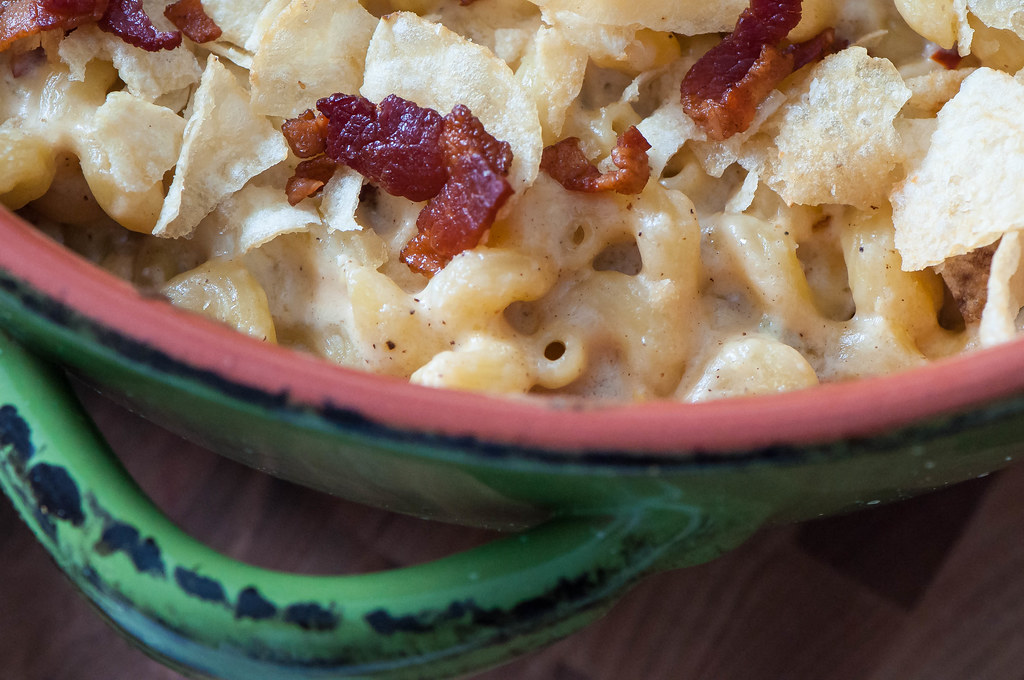 We start by cooking the bacon until crisp. Then instead of getting rid of the bacon fat, we use it as a base for the rue. Yep, bacon fat throughout is where it’s at. We cook the rue then add milk until thickened and then the glorious cheeses.

I opted for sharp cheddar, pepper jack and spicy jalapeno cream cheese to add an extra kick. Stir in most the bacon into that creamy sauce then toss it with the pasta.

Finally, it’s topped with crushed kettle chips and a sprinkle of bacon before being baked to golden perfection.

I’m seriously drooling and would be oh so sad if I didn’t have leftovers waiting in the fridge for me. 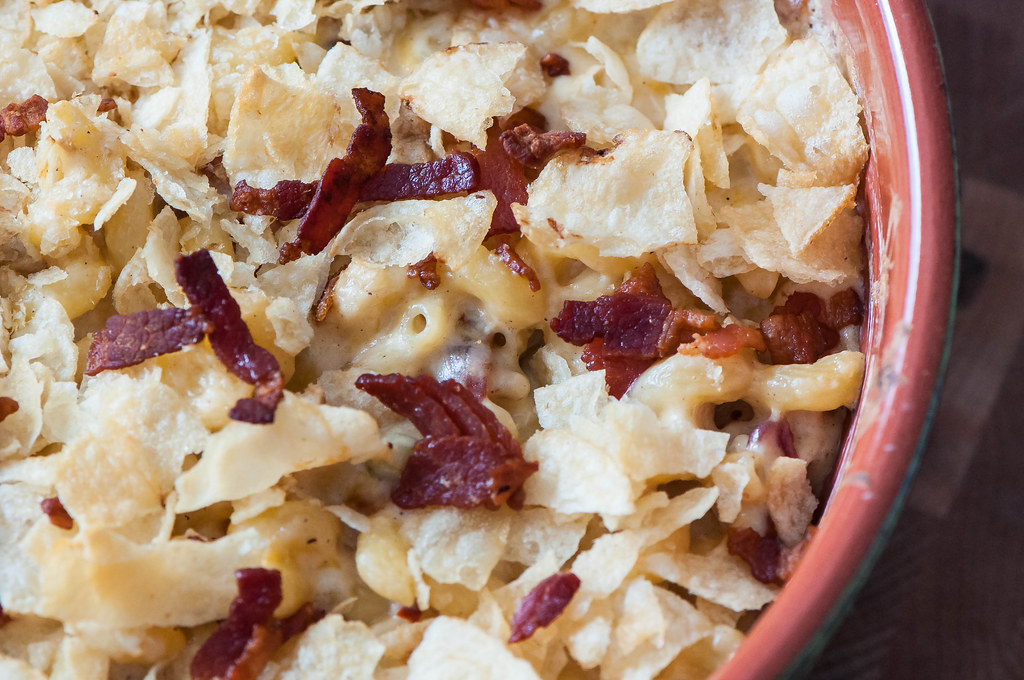