Rhodes Bake-N-Serve Anytime!® Cinnamon Rolls aren’t just for breakfast. Bake up a box and make it a game night with Rhodes. 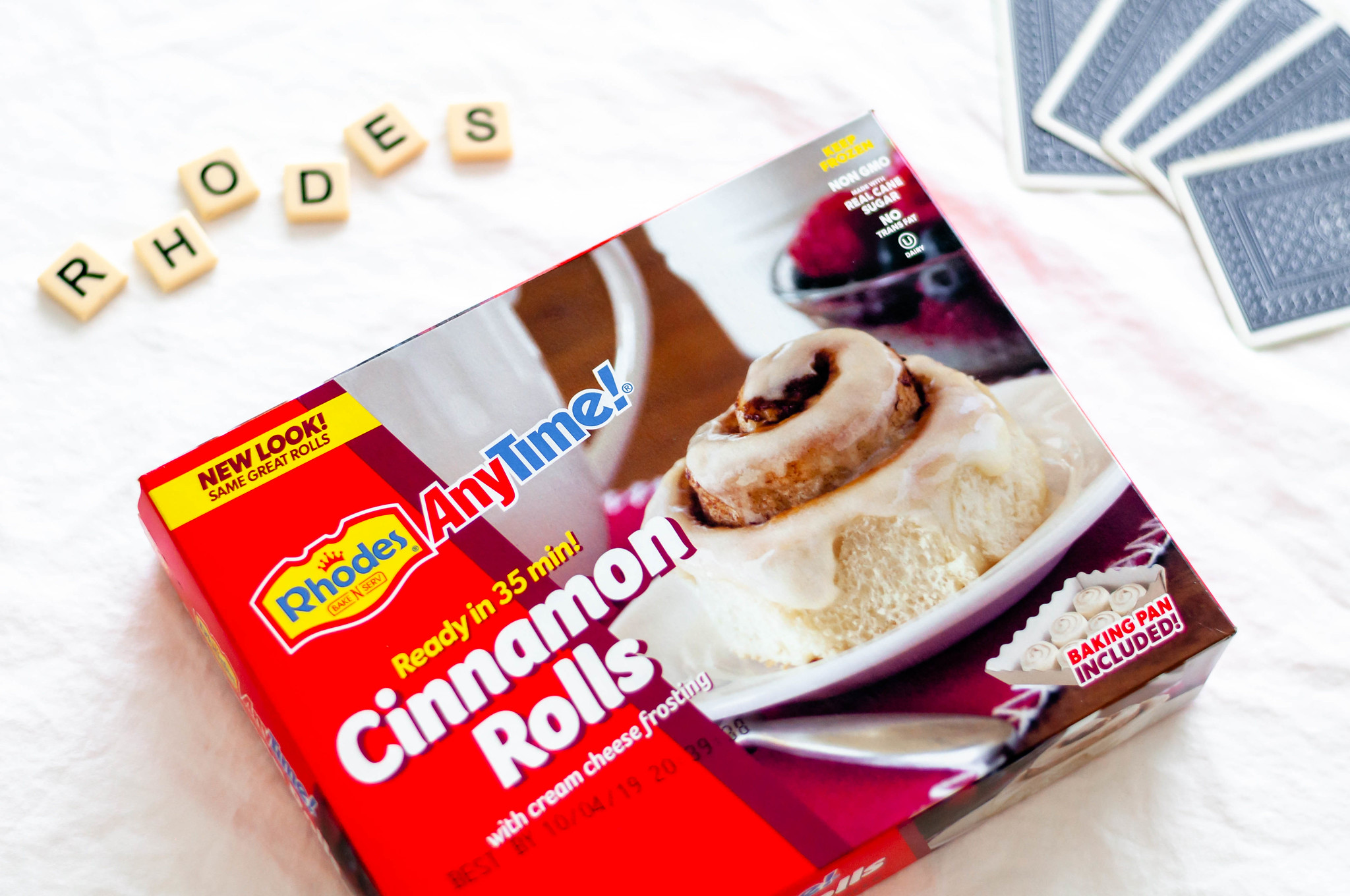 I grew up eating Rhodes Bake-N-Serve™ rolls, breads and cinnamon rolls. I remember using their bread dough to make pizzas and that’s a tradition I’ve continued with my family. Opening the freezer and seeing a package of cinnamon rolls always made for a good day.

Cinnamon rolls aren’t just for breakfast my friends so I’m teaming up with Rhodes Bake-N-Serve™ to show you the versatility of their Anytime!® Cinnamon Rolls.

But before we get into game night, because that’s serious business around here, let’s talk about the new adorable that was recently rolled out. Rolled out, get it?! I love a good pun and just couldn’t help myself. Sorry not sorry. 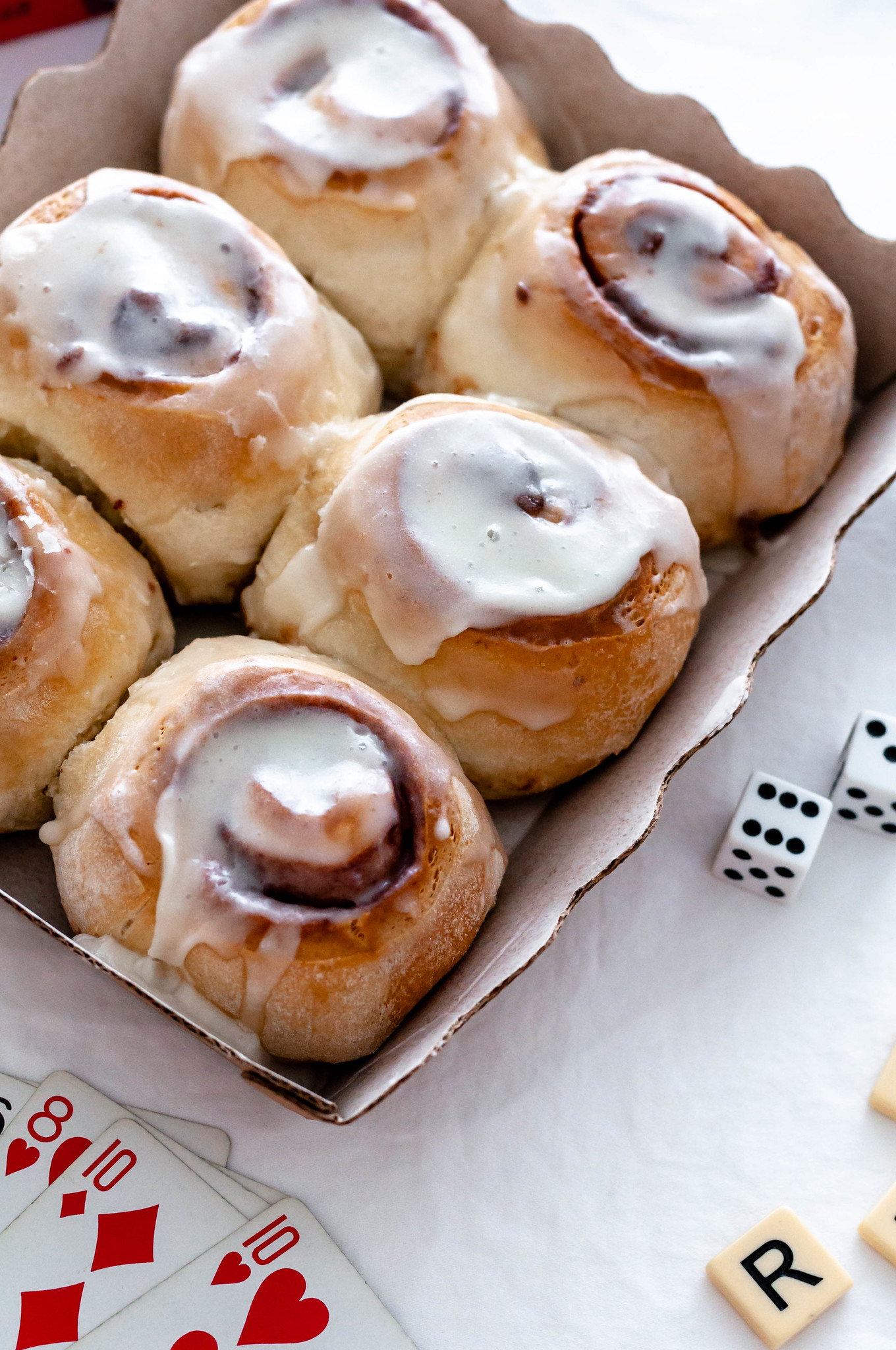 The new rectangular shape means it takes up less space in your freezer. You know what that means? More room for more cinnamon rolls. 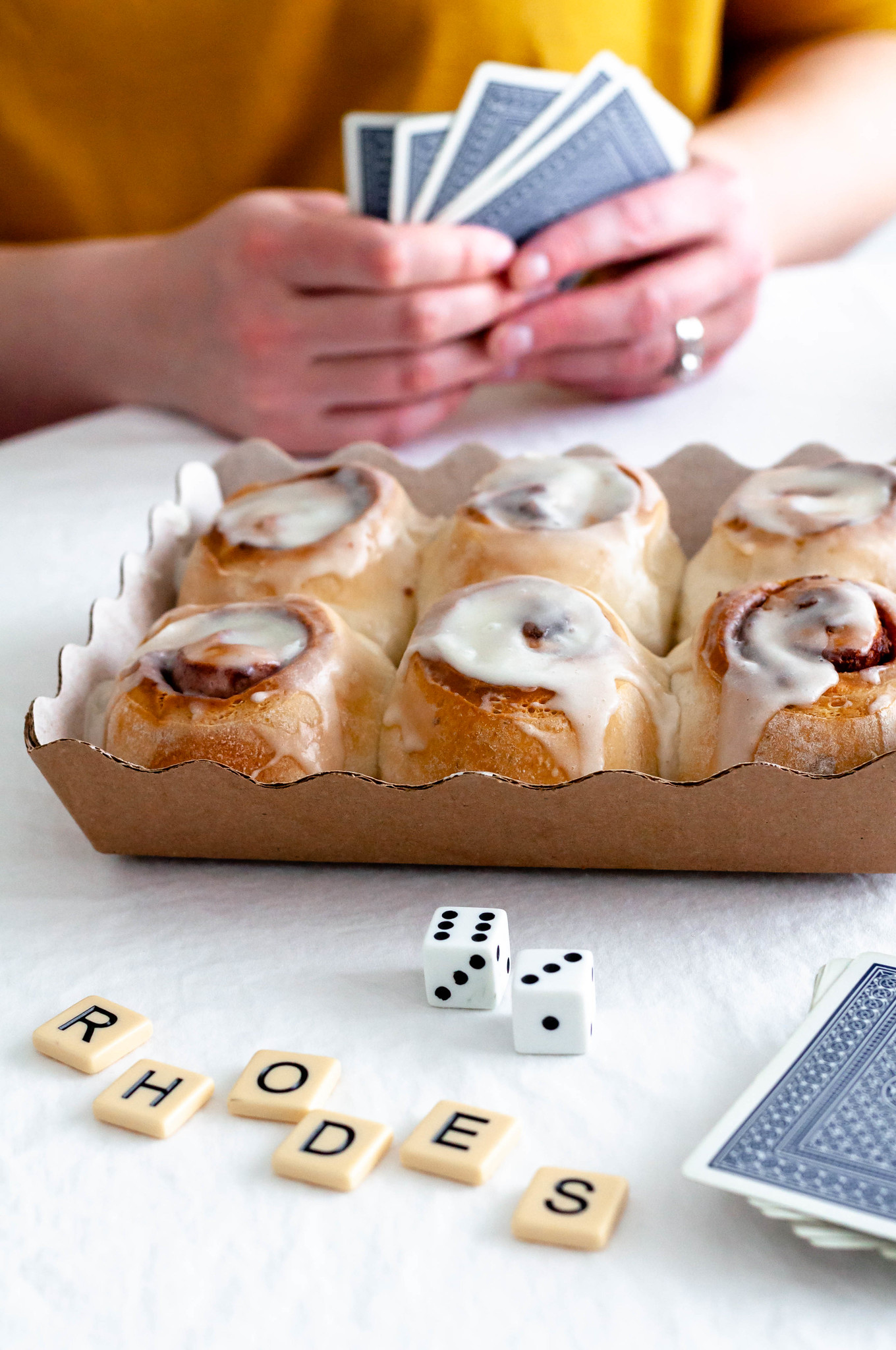 If you’re a Nebraskan you’re already in the know but if not, I’ll let you in on our little secret. Cinnamon rolls are totally a dinner food. Specifically, they are served with chili and make it a complete meal.

This pairing goes back to the 1960s and while lots of states try to claim the winning combination, it was totally Nebraska that started it all. They even serve the pair for school lunch to this day.

So Rhodes® doesn’t have to tell me twice that their cinnamon rolls are for anytime of the day. I’m a believer through and through. 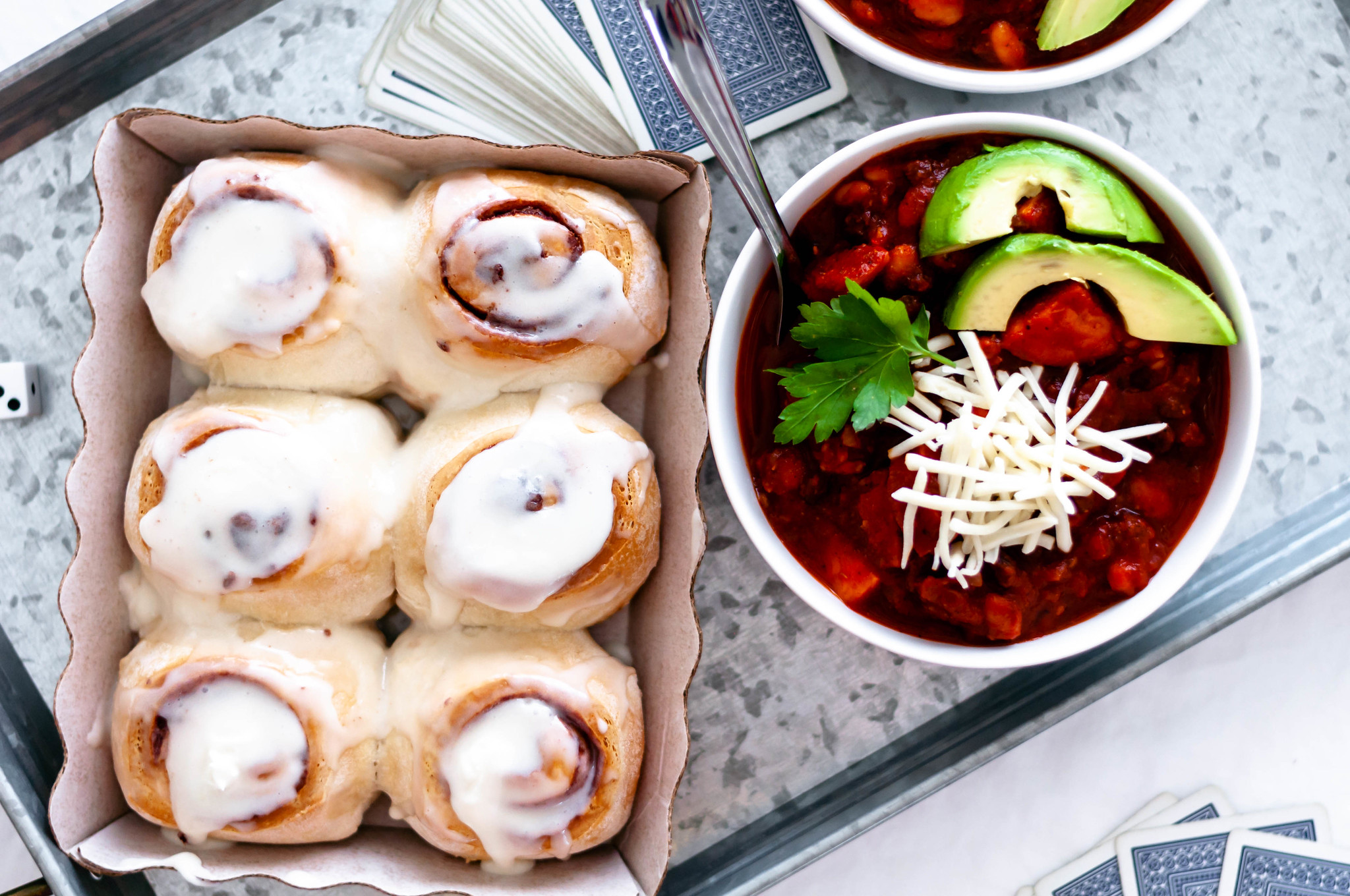 Let’s Get to Game Night

When I’m planning a game night menu, I always try to go for something that is simple to make and that we can eat with one hand. It’s important not to slow things down.

I also don’t want to spend all my time cooking in the kitchen instead of around the table playing games with my friends and family. Chili is the perfect option when we’re talking simple and one handed. Load up my favorite chili recipe with all your favorite toppings and you’re good to go on the main dish front.

To keep the cinnamon rolls simple, and delicious, I always go with Rhodes Bake-N-Serve Anytime!® Cinnamon Rolls. They taste homemade and I love that you don’t even have to remember to preheat the oven. 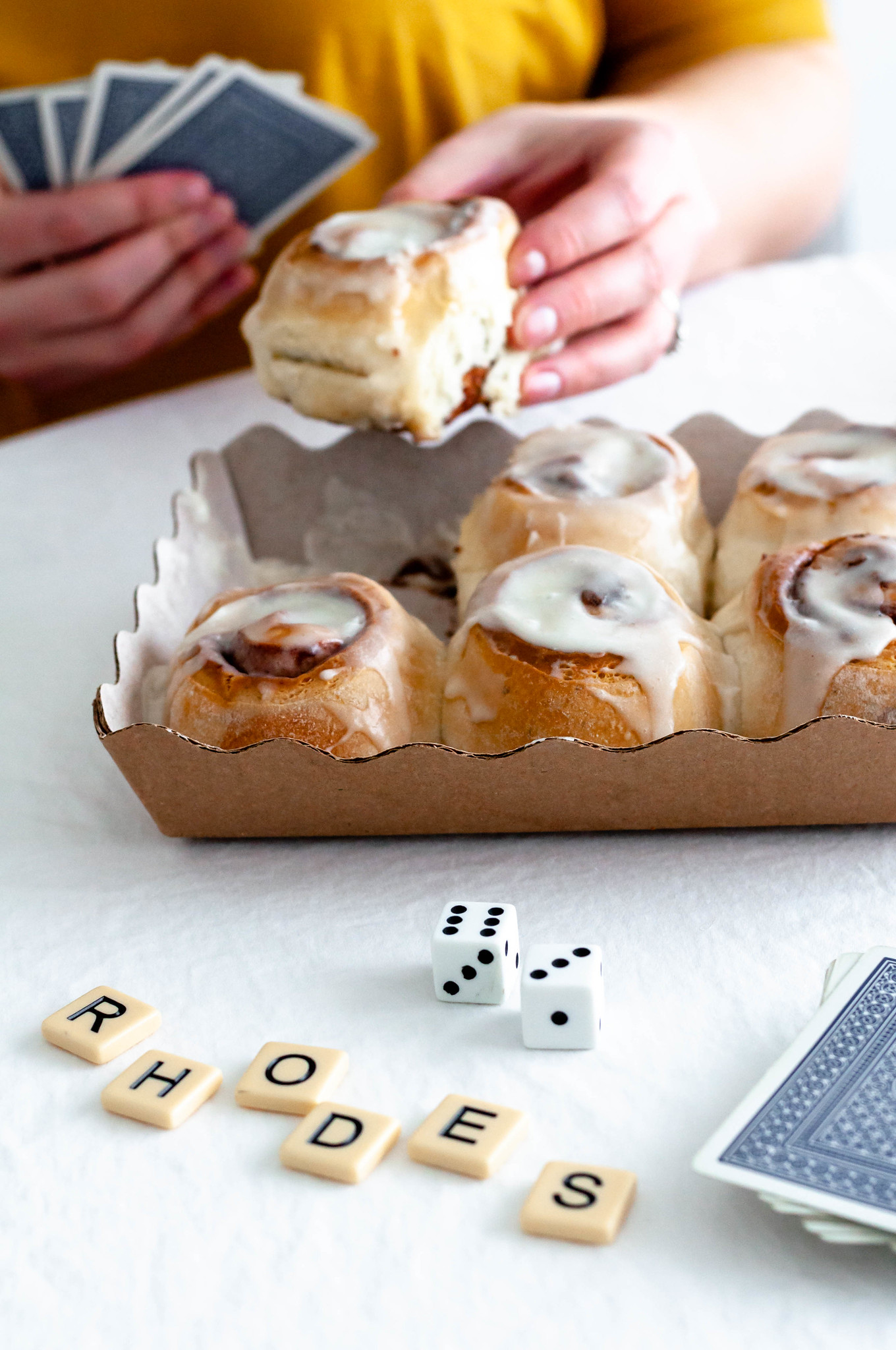 Just take them out of the package, arrange them evenly in the scalloped paper baking pan and put them in the cold oven. Set the oven to 350 degrees and your timer for 35 minutes and you’ll have golden, tender cinnamon rolls for all your game night festivities.

Could game night get any better?!

So tell me my friends, what are your favorite games? Card games, board games, I’ll take all the suggestions for my next game night. 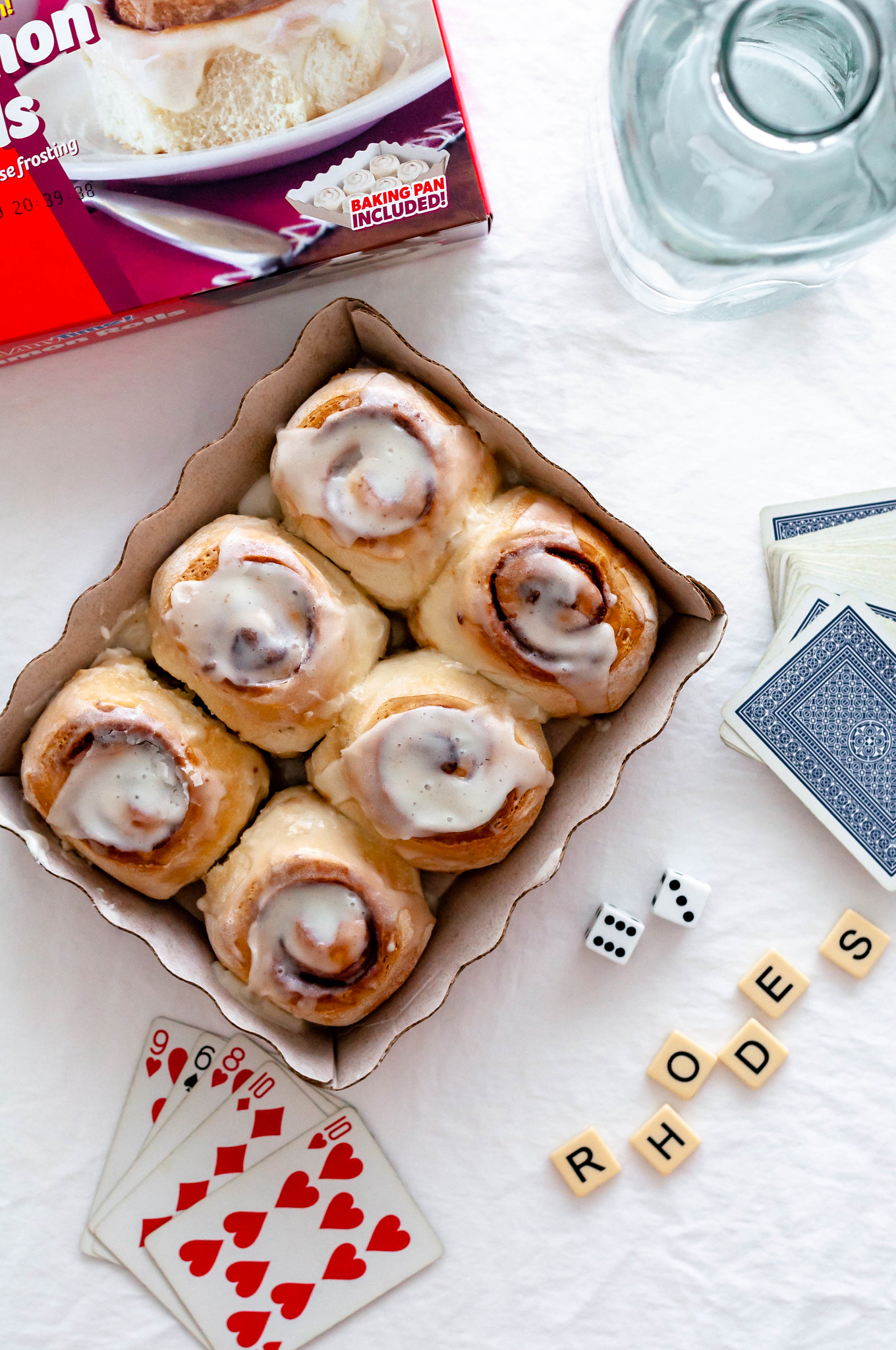 Most importantly though, let’s make chili and cinnamon rolls a thing no matter where you reside. Because honestly, all us Midwesterners are seriously questioning our life choices right now and we need a little validation.

Tell me your favorite way to eat Rhodes Anytime!® Cinnamon Rolls in the comments below.

This is a sponsored post written on behalf of Rhodes Bake-N-Serve™.