It’s biscuit time. Peppered Bacon Pepper Jack Biscuits to be exact. Great as a side for dinner or the star of breakfast, these biscuits are light, flaky, golden perfection. Along with the recipe, I’ll be sharing all my favorite tips for successful biscuit making. 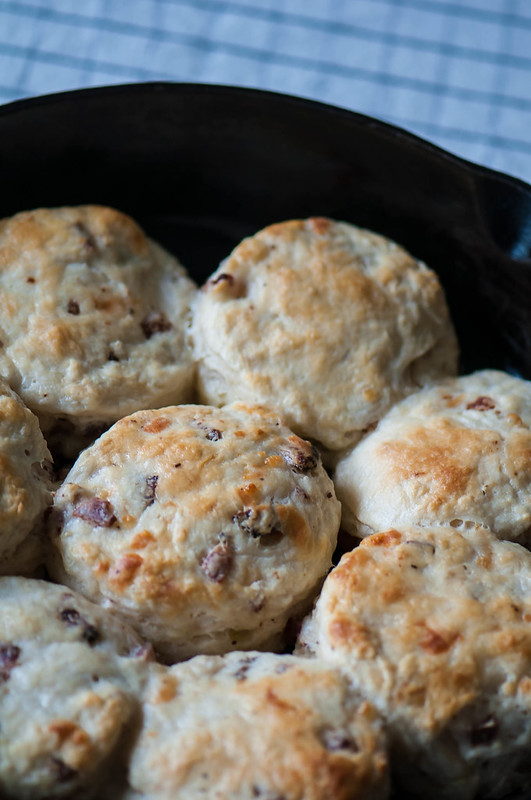 After many years of struggling with finding a delicious homemade biscuit, I finally found it guys. There are a lot of techniques in making the perfect biscuit and I’m sharing them all with you. Don’t worry, they aren’t difficult but need to be followed to get that light, flaky interior and crispy exterior.

My number one favorite biscuit trick is one I learned watching The Chew when they were making pie dough. Freeze the butter and grate it into the dry mixture rather than cutting it into cubes and incorporating. Because you want to be super careful not to overwork the dough, grating it creates much smaller pieces making it way easier to incorporate into the dough. 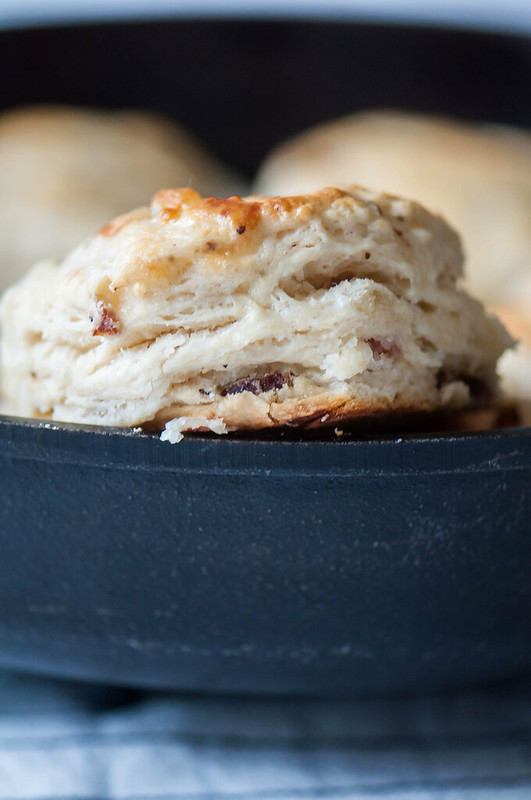 Why do you want to work the dough as little as possible you ask? All that extra kneading will be the death of the tender, flaky biscuit you’re working so hard to create.

After the mixture resembles coarse crumbs, you work in the liquids until it is just incorporated. It’s okay if the dough looks raggedy and you can see flecks of butter throughout. That’s what creates the magic. That’s the beginning of light layers and buttery pockets of goodness right there. 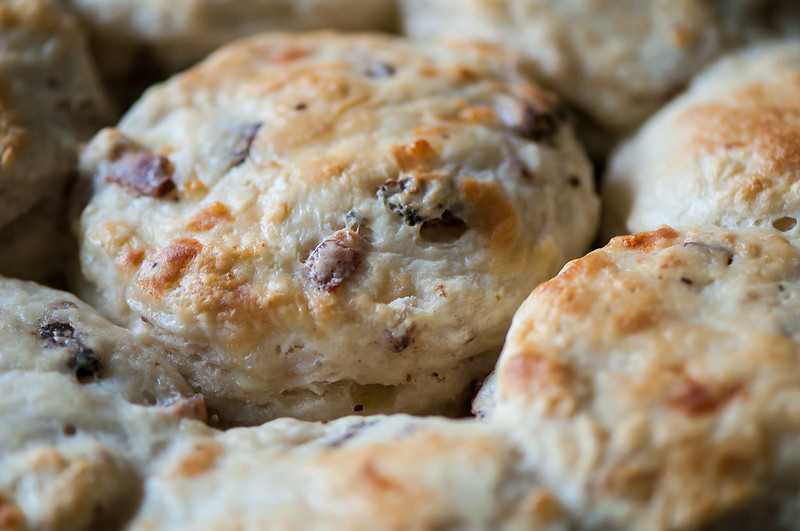 And because I can’t leave well enough alone, I dumped in hunks of thick-cut peppered bacon and spicy pepper jack as I incorporated the liquids to really amp up these biscuits.

Use your hands to gently spread the dough on your floured surface instead of a rolling pin. It helps keep them light and fluffy. We’ll flatten the dough into a rectangle then fold in 1/3 then the other 1/3 to create a smaller rectangle then flatten again, fold again and flatten again (gently with your fingertips). This process creates those amazing, flaky layers.

I’m a big fan of baking biscuits in a well-seasoned cast iron skillet. It produces an extra crispy, golden brown bottom. Make sure the biscuits are touching slightly in the skillet. This helps them rise and helps keep the sides a little softer that the tops and bottoms.

Brush the tops with a little buttermilk to help with the browning process and make them a little crisper on top. 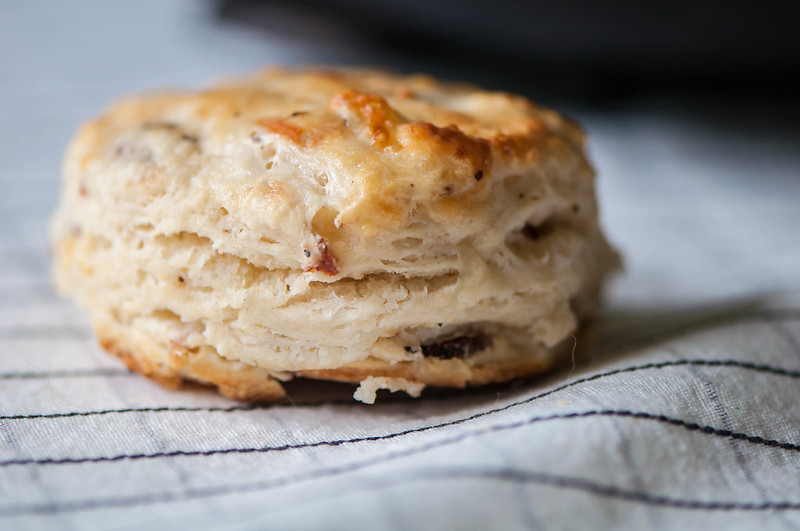 There you have it, all my biscuit tips to make the best Peppered Bacon Pepper Jack Biscuits. It may seem like a lot to remember but they are all quite simple techniques that truly yield a biscuit with amazing texture. Perfect to accompany dinner or make a killer egg sandwich in the morning. With more bacon and cheese of course. 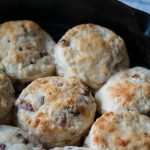