Joel and I spent last weekend in Salt Lake City for a much needed getaway (aka our kids are exhausting). We were on the go the whole time but it was just nice to be together. Oh, and eat several meals in peace. Because we’ve totally reached that terrible toddler stage where it’s impossible and torturous to go out to eat. Womp womp. 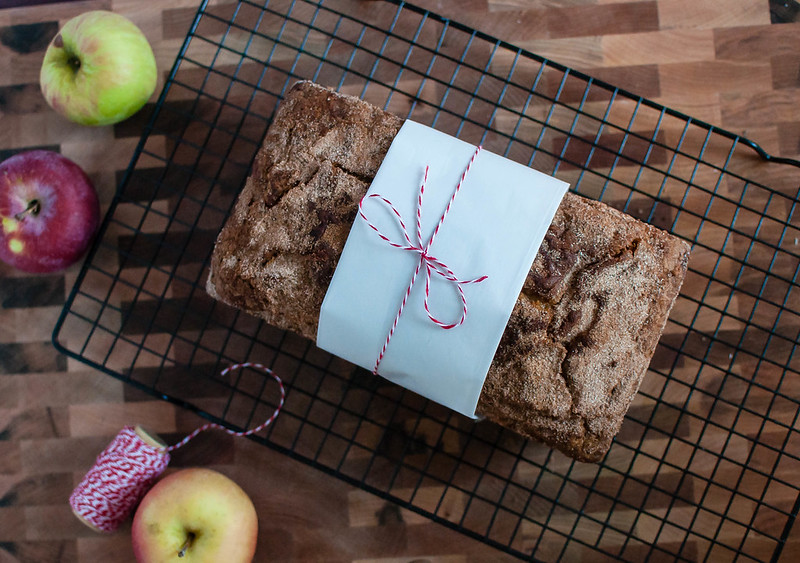 I mean, the two year old really needs to get it together because I cook 7 nights a week, she doesn’t need to take away my Sunday lunch out. Who am I kidding? I’m totally looking into good take-out options.

One thing I do have on lock down is my breakfast game. Not that I’m making fancy, gourmet meals in the morning but I know my audience and how to play to them. And this Apple Cinnamon Bread will definitely be one of my go-to recipes in the morning.

We are big fans of muffins for breakfast so naturally quick bread is a perfect alternative because let’s face it, this is basically a giant muffin. 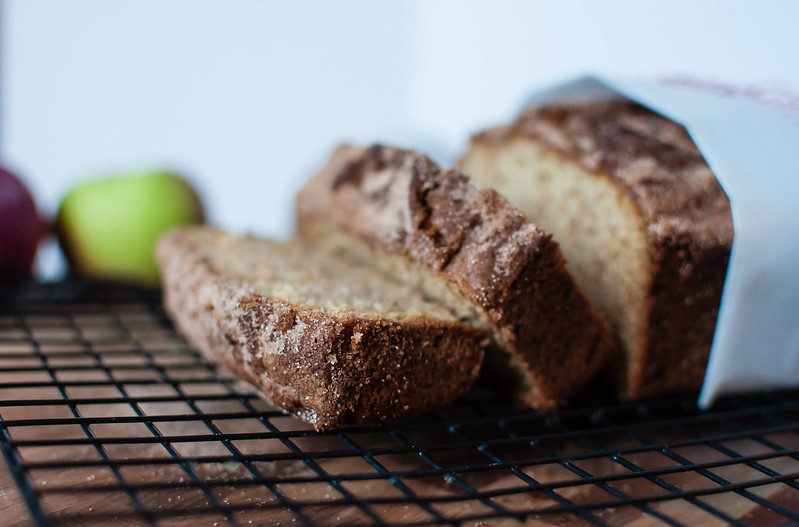 I actually often take a quick bread recipe and bake it in muffin tins instead to decrease the cooking time so I can get to bed sooner. But this time around I didn’t wait until late at night to decide to bake something for the next morning so I had time to bake it in a loaf pan. 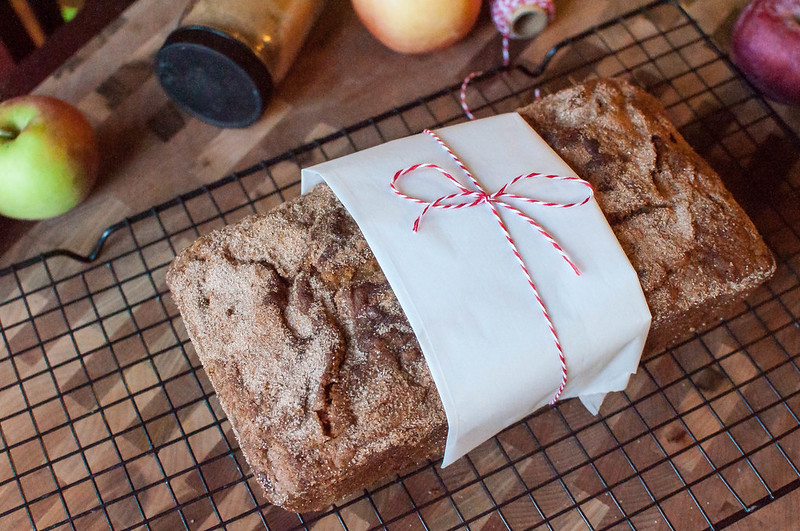 This bread is packed with shredded apples making it incredibly moist and sweet. It’s spiced up with cinnamon within the bread and a sweet cinnamon sprinkle on top to push it over the edge. It gets a little crispy, crunchy on top which adds a nice textural element. 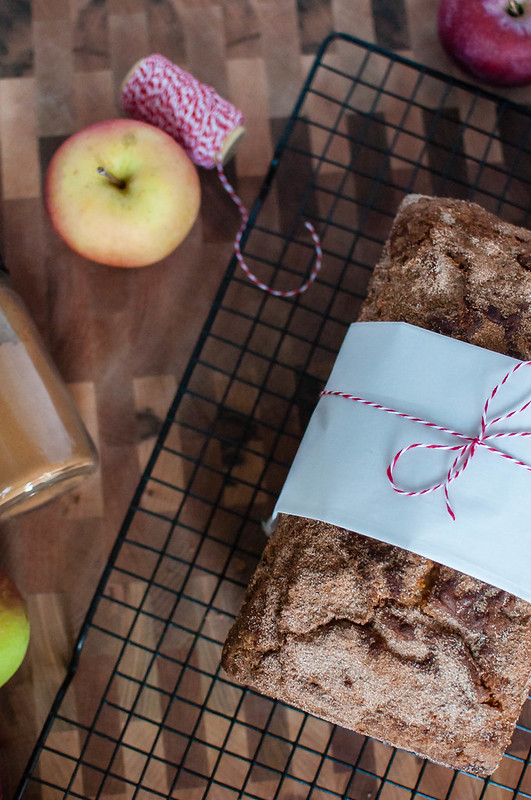 The only thing I think would make this bread better is some chopped walnuts or pecans but I decided to be a nice wife this time and leave them out since Joel doesn’t like them. So I have a husband that needs to get his act together too. Why can’t these people in my life conform to what I neeeed? Eating out and nuts in my baked goods are priorities people.

Slather this Apple Cinnamon bread with apple butter to create fall nirvana in your mouth.

Adapted from Taste of Home's Complete Guide to Baking