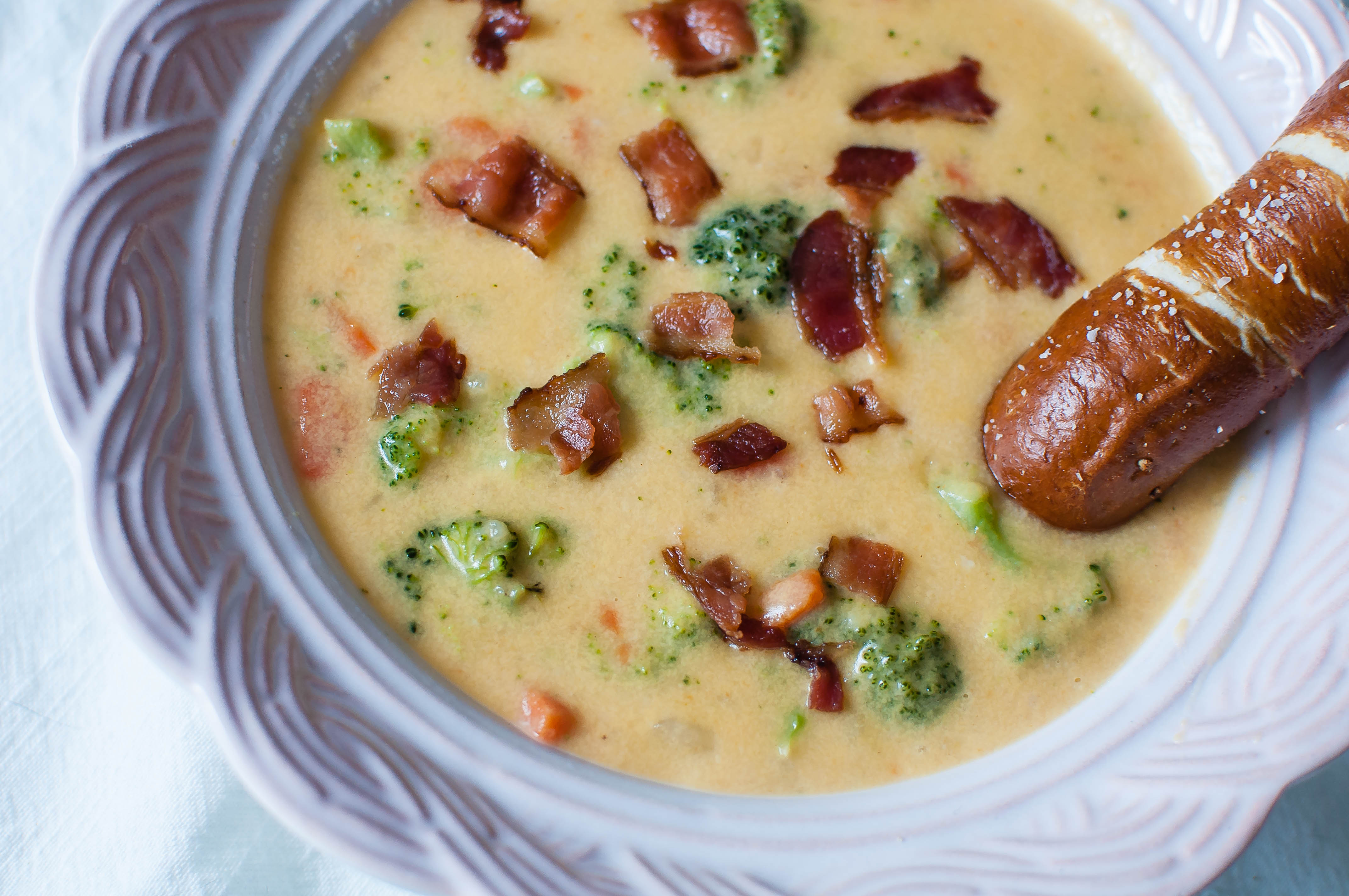 It seems like people fall into two categories when it comes to soup, love it or hate it. My boys both moan and groan when they find out we’re having soup for dinner. It doesn’t matter what kind, they still complain. The grown one says it’s not filling enough. The little says it’s too hot (even when I ladle it out 15 minutes before everyone else’s).

Hannah and myself on the other hand love soup. But Hannah will eat anything so I guess that’s not too much of a feat. Seriously, anything. She was begging for a snitch when I was preparing this so I gave her a bit of raw onion to see what she would do. She ate it and opened her mouth for more.

Do you guys know what “snitch” means when in the kitchen? It’s a little bite or sample of something while you’re cooking. I was talking to one of the babysitters where I work out and was telling her how if we ask Hannah if she wants a snitch she comes running to the kitchen with her mouth open. 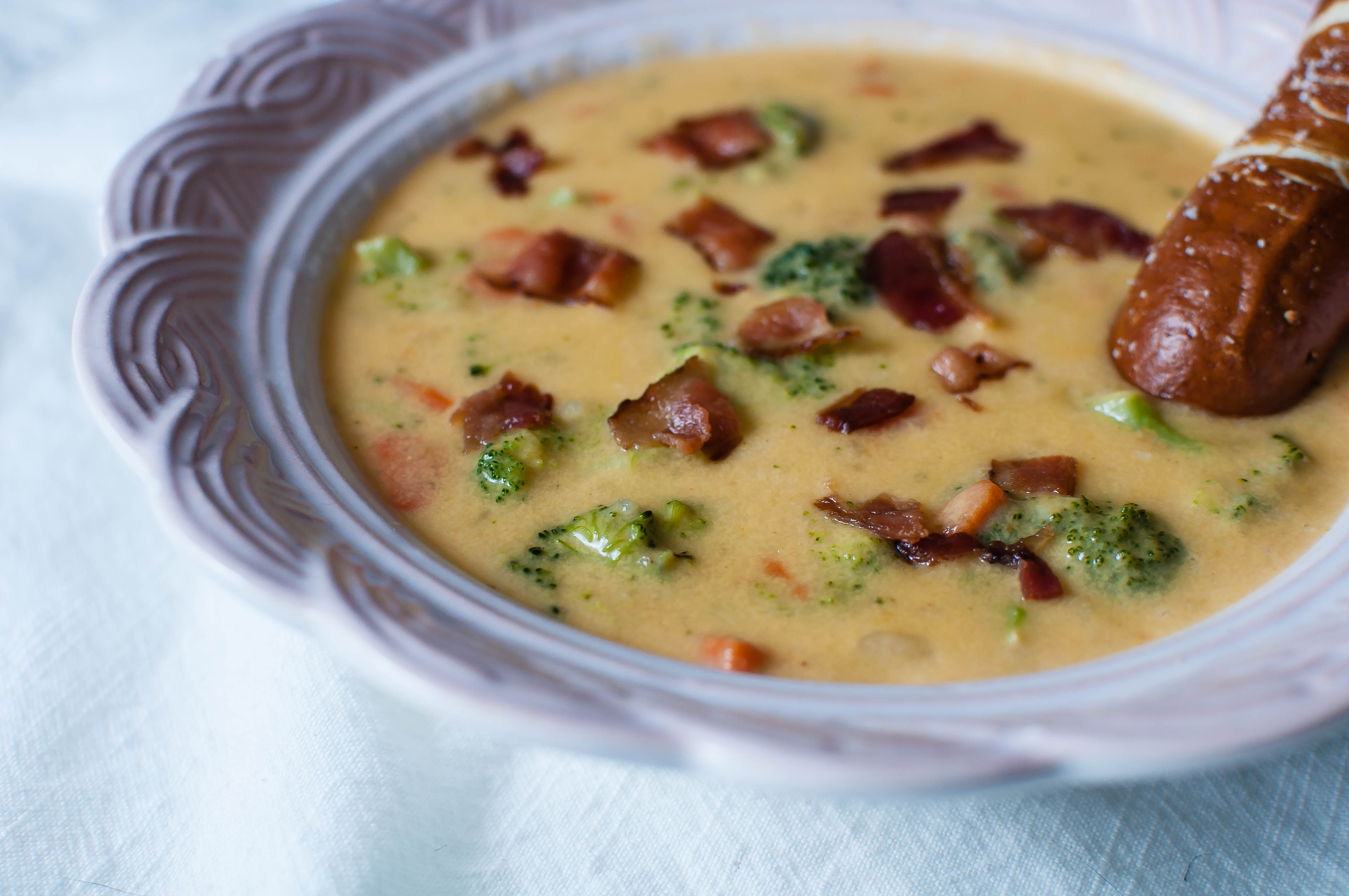 She’s really starting to understand what we’re telling her and reacting so I thought it was really funny that one of the first things she truly understands is related to eating. The babysitter just looked at me, confused. I thought this was a common thing but maybe it just was in my family. I don’t know, it should totally be a thing if it’s not.

Broccoli cheese soup and potato soup are my two favorites and this recipe combines the two into perfection. Cheese, broccoli, potatoes, bacon, can’t get much better than that.

This soup is loaded with veggies which makes it super filling but if your people are still complaining, give them a pretzel stick to carb load. They are pretty heavenly when dipped in this soup. 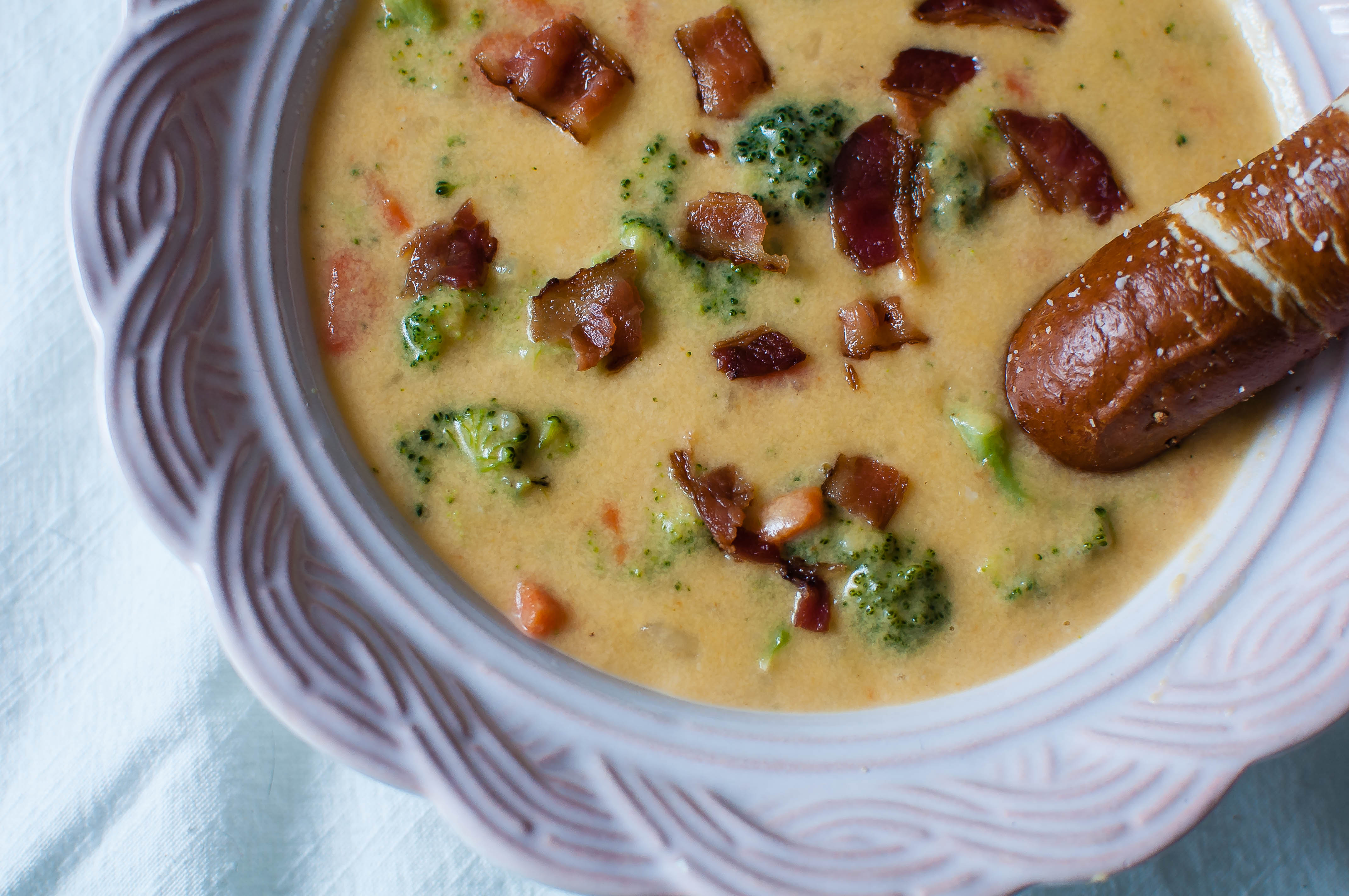