Birthday Cake Cinnamon Rolls are going to blow your mind. Cake mix is used in the recipe to provide that batter taste. And don’t forget the sprinkles. 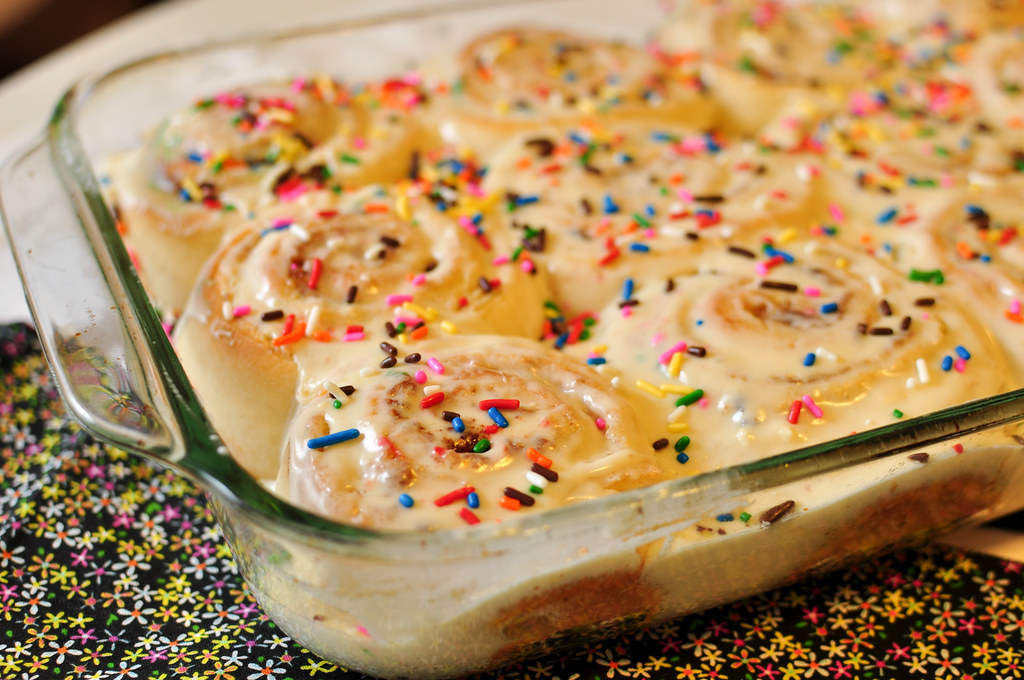 Ok, I am totally one of those “save the best for last” kind of people and today fully proves that. I’m ending Funfetti Week with a bang with these incredible Birthday Cake Cinnamon Rolls. I’m making cake for breakfast legit. 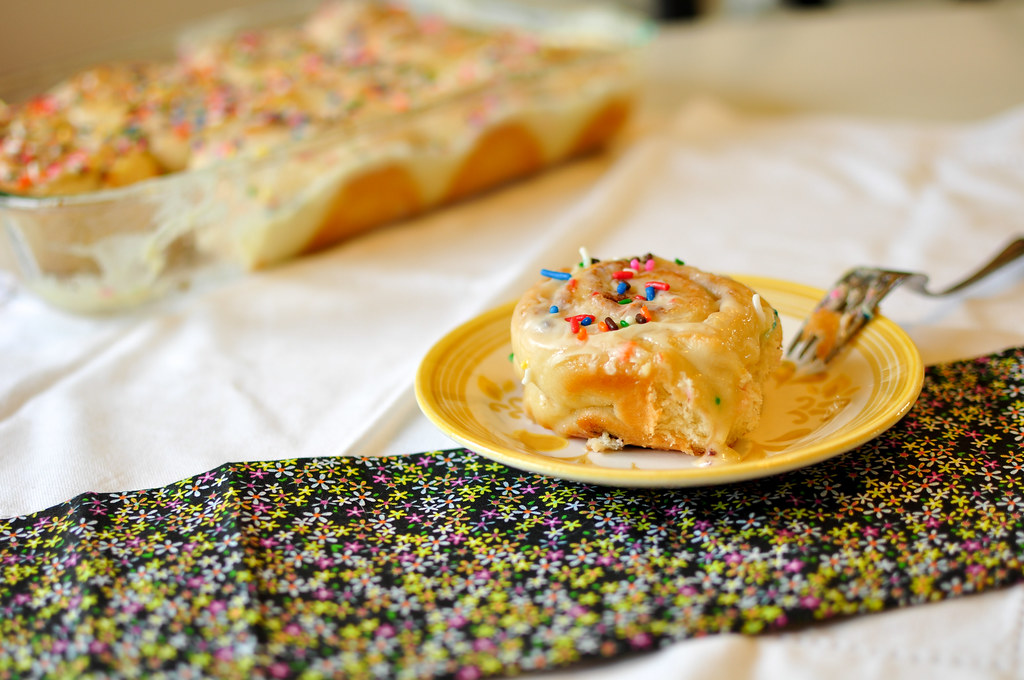 I whipped up these decadent little babies for Noah’s birthday breakfast. I originally was going to make birthday pancakes but then I remembered these and asked him which he would prefer. Cinnamon rolls all the way…he’s just like his daddy (who was equally excited).

I don’t usually like to go too crazy and over the top with certain treats (cheesecake is the main offender) and cinnamon rolls just seem like an “if it ain’t broke, don’t fix it” kind of dish but I was oh so wrong. I was kind of crazy to think such a thing, cake batter and sprinkles probably make anything better.

They still had the traditional taste of the cinnamon roll since the cinnamon was still there, but they were over the top with the addition of the cake mix and sprinkles in the filling. I loved when I got a little chunk of the mix, yum. And don’t even get me started on the glaze. I could eat it with a spoon. 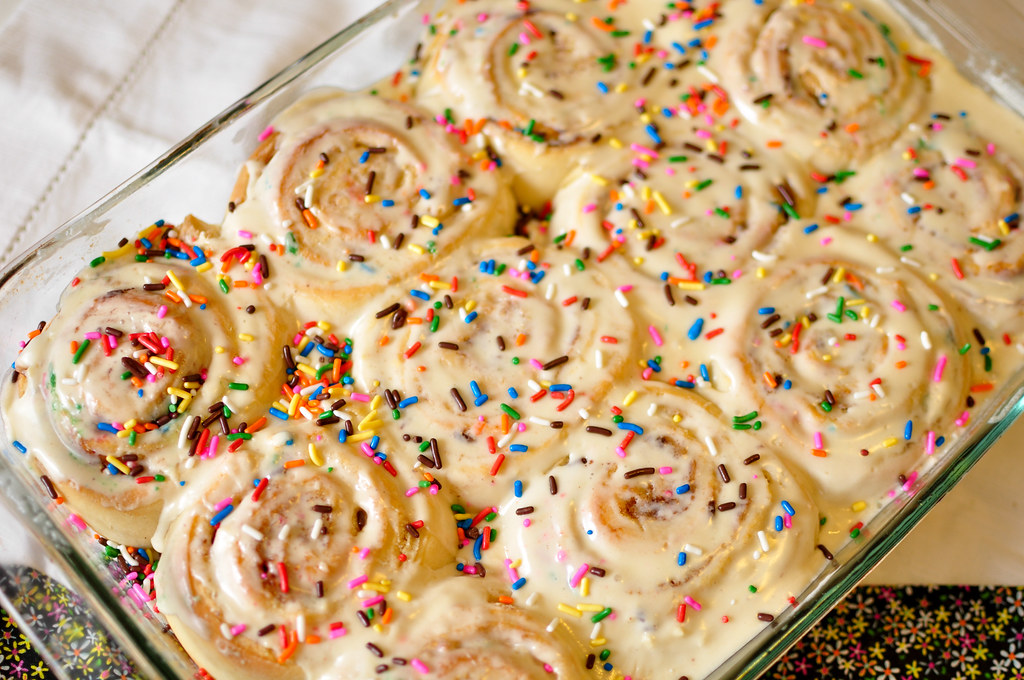 I love the dough I use to make my traditional cinnamon rolls so that’s what I used for these guys. It’s super fluffy and soft and so easy to roll out. All important things in the cinnamon dough realm.

These definitely aren’t an every day breakfast but are really fun and special for a cinnamon roll lover’s birthday! I’m pretty sure these are going to be the new official birthday breakfast around our house. 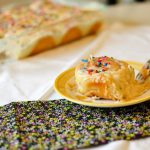