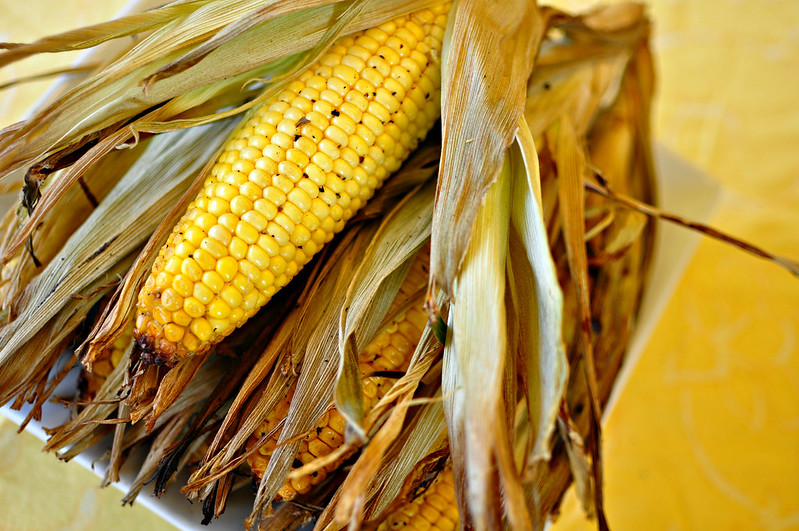 We recently had some friends over for dinner to catch up and break out the smoker. We made delicious pulled pork and planned on grilling some corn on the cob for one of the sides.

Well, unfortunately the Minnesota wind had a different plan for us. It was ridiculously windy that day which meant no grilling since the flame kept going out. Then we had to smoke the meat in the garage red neck style. Good thing we don’t have neighbors close.

Another reason I keep that guy around, he has good ideas.

Turns out it was super delicious! Joel, who isn’t normally a fan of corn on the cob, devoured it. 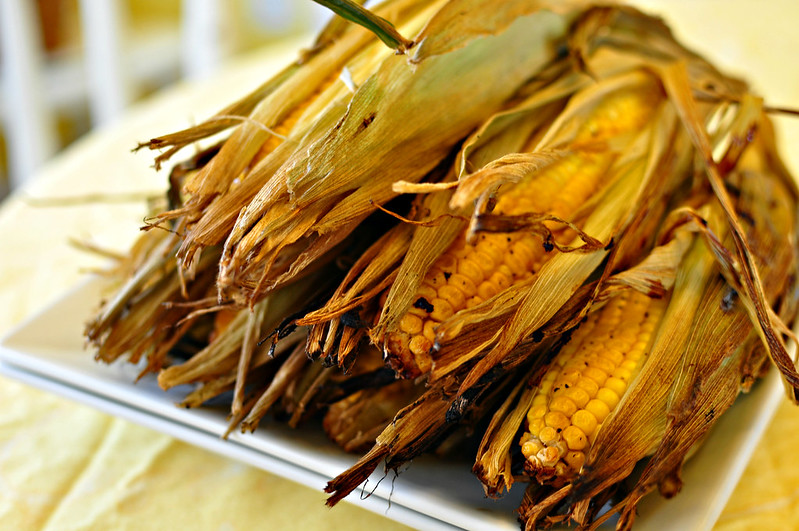 The corn had a slightly smoky flavor and was great slathered in butter and sprinkled with kosher salt and pepper.

This recipe is simple and the part that took the longest was shucking the corn and removing the silk…..ugh, I hate that part. But once that’s out of the way, it just needs to soak for a few hours to keep from burning then you throw it in the smoker brushed with some olive oil and seasoned with salt and pepper.

The smoker obviously adds some smoky flavor to the sweet corn creating a nice balance and contrast in flavor. It’s delicious with smoked ribs, chicken, shredded pork or with some grilled burgers. 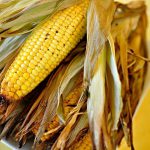 Smoked Corn on the Cob