After our weeklong Spring break last week we’re finally get back into the swing of things around here. I got a little glimpse into what summer is going to be like with these two crazy kids and it actually wasn’t so bad. We’ll see when it’s more than a week into it, haha. 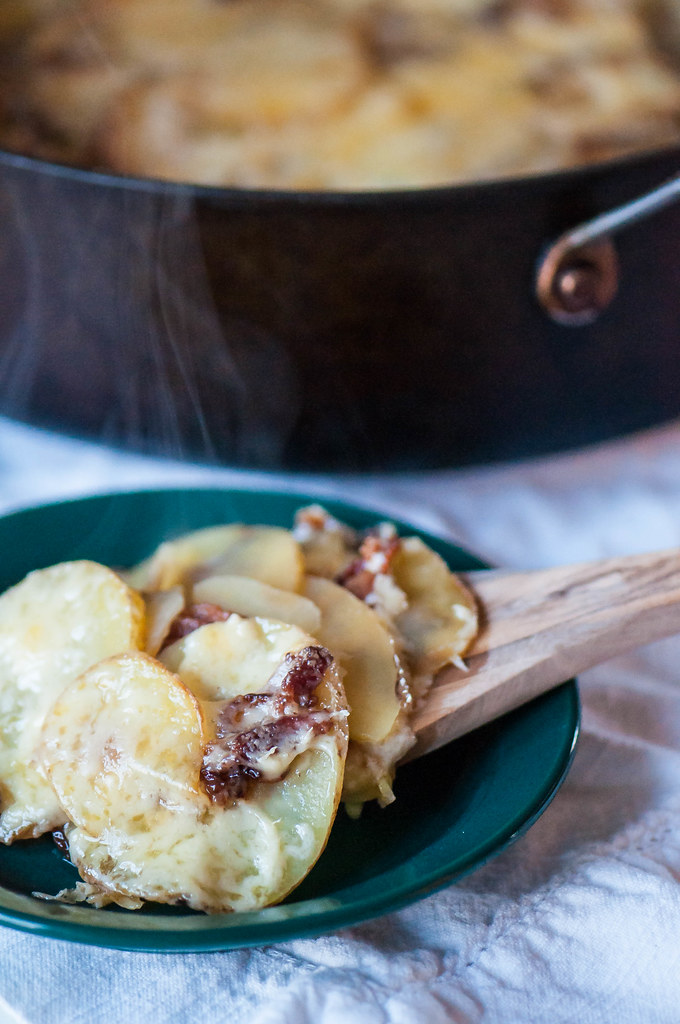 I put them to work last week helping me make this Pan Haggerty. We figured since it’s almost St. Patrick’s Day this was the best time to share another Irish recipe. And this is so good that it shouldn’t just make an appearance in March but all year long. 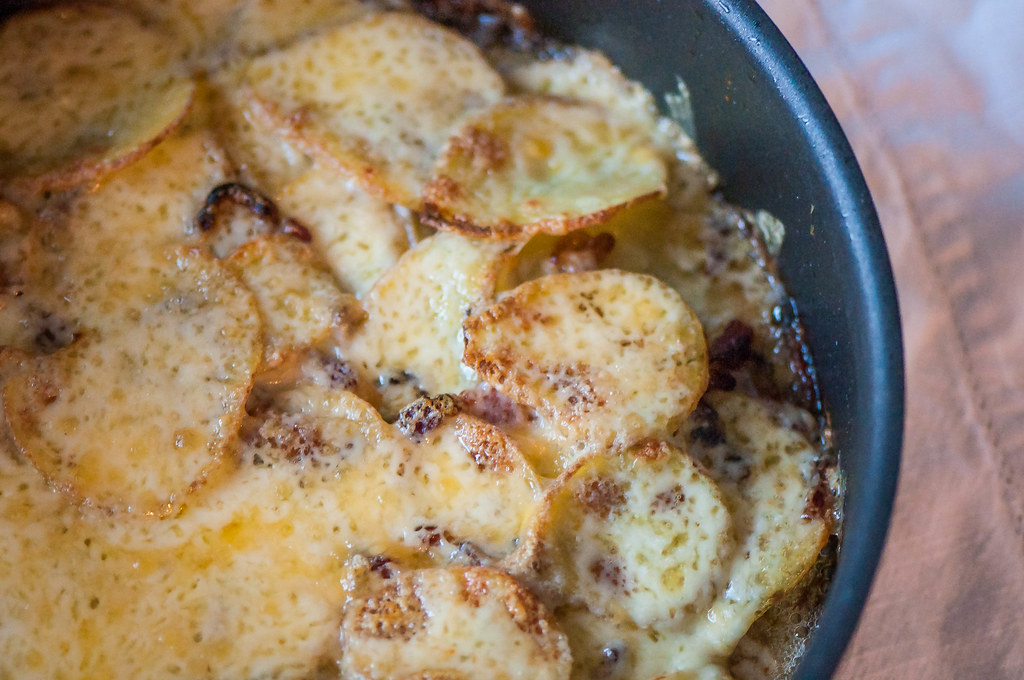 Pan Haggerty is a traditional Irish dish that consists of thinly sliced potatoes layered with caramelized onions and bacon then topped with handfuls of shredded sharp Irish cheddar cheese. It’s cooked on the stove top in less than 20 minutes then broiled to crisp it up and melt the cheese but will taste like you slaved over it all day.

I wasn’t totally sold on it upon reading the recipe as it’s cooked in chicken stock rather than a creamy sauce like scalloped potatoes or these beauties but my goodness is it good.

The bacon and caramelized onions totally make the dish. Oh yeah, and the gobs of cheddar cheese totally help too. 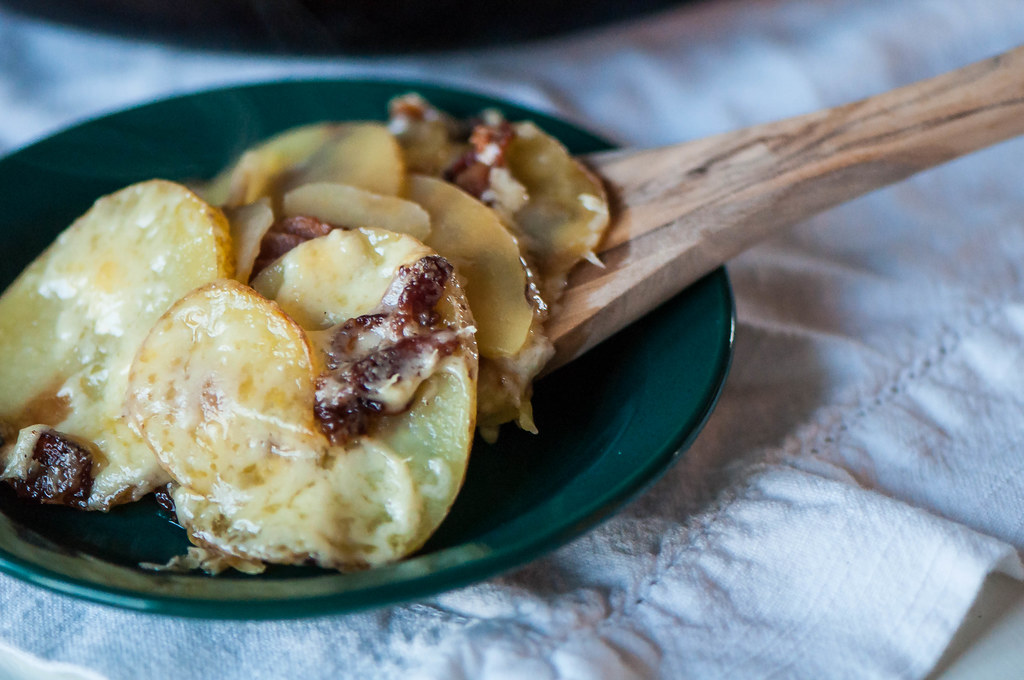