Peanut Butter Fudge Ripple M&M Ice Cream is creamy, rich and so satisfying. It starts with a simple vanilla base with candies and chocolate. 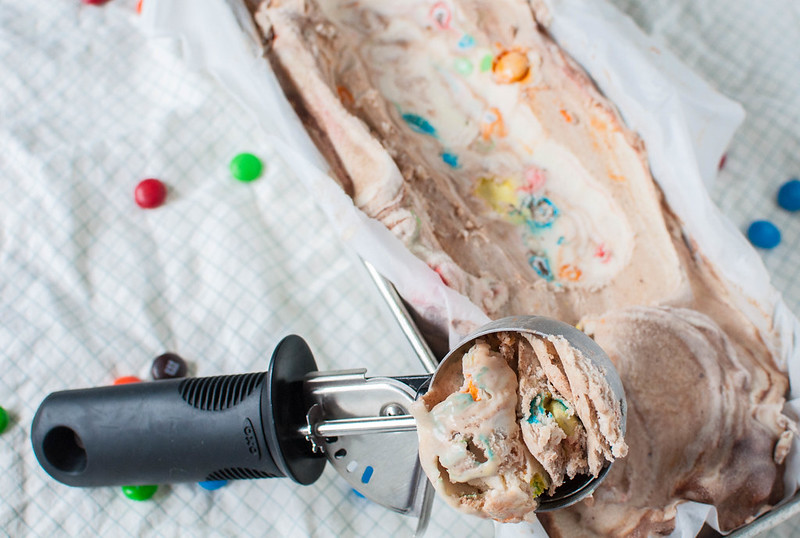 July is National Ice Cream month and it’s also the week of Noah and my birthdays so I’m sharing ice cream recipes all week that are a delicious way to celebrate. Because who doesn’t like ice cream? If you don’t, I’m not sure if we can be friends. 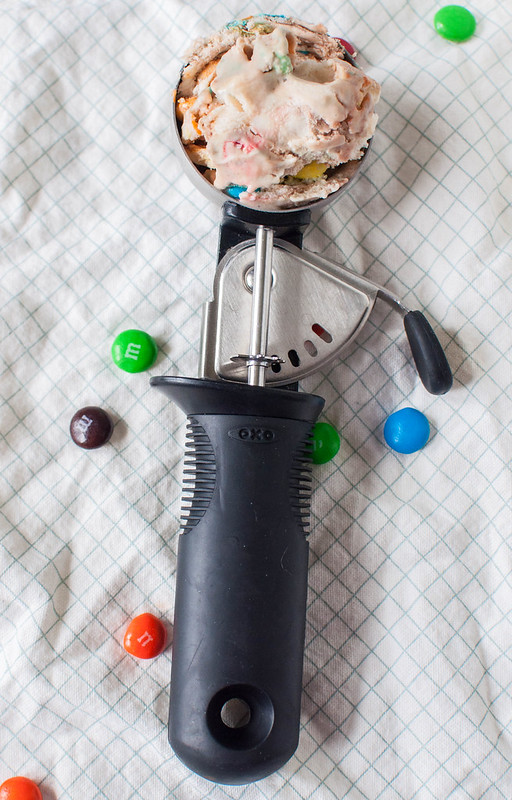 It’s been unbearably hot here the past few days with the heat index up to 110 degrees so it was kind of perfect timing to have all these homemade ice creams around the house. I made three different recipes for Noah’s birthday party that you will see this week along with an easy, tasty recipe from Top Chef All-Star Antonia Lofaso. 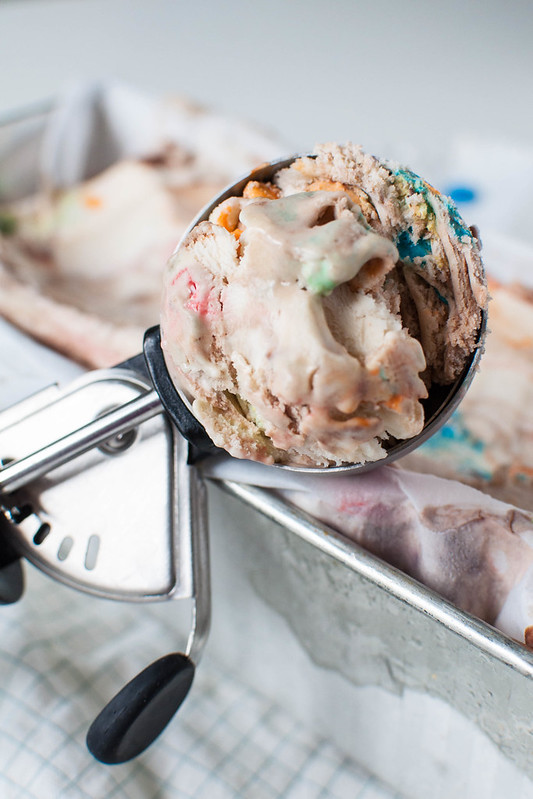 Today’s ice cream is a mouthful and was my hands down favorite of them all. When Noah and I were talking ice cream for the party he said he wanted a chocolate one, vanilla one and a blue one. Well, you all should know by now that I can’t leave well enough alone so we couldn’t just do plain flavors. Booring.

I like a good, trashed up ice cream so we built upon the base flavors. First, we thought of M&M’s then I suggested a fudge ripple since he’s a little chocoholic. Then as we were making the ripple, I decided to add a little crunchy peanut butter since it’s Noah’s new favorite food. All those ingredients combined into a rich, creamy, crunchy dream come true. I mean, not much is better than peanut butter and chocolate.

And look how pretty. Don’t you love all the colors? 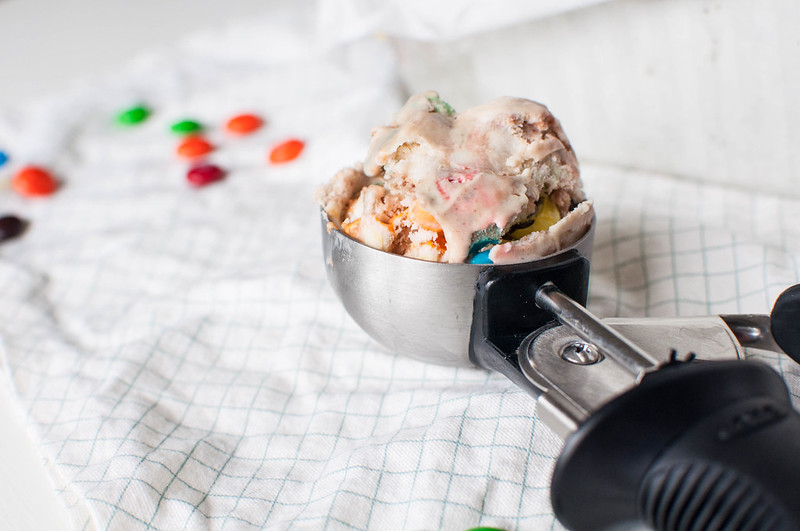 Wednesday will bring you some “chocolate goodness,” as Noah would say. 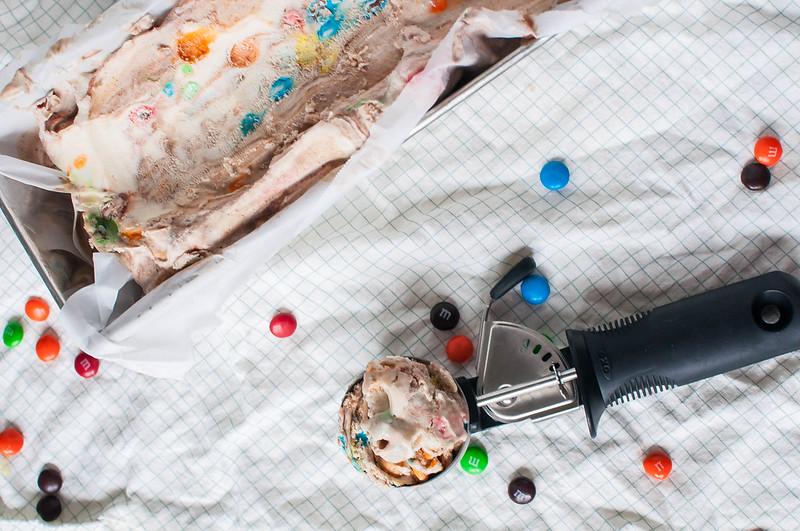