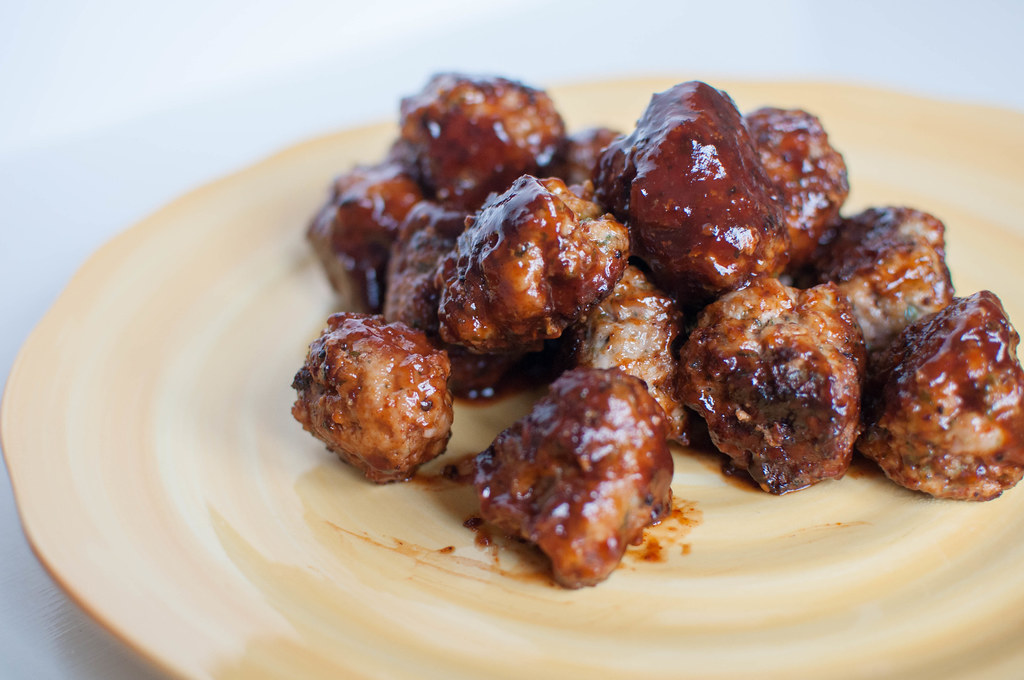 I love a pulled pork sandwich covered in barbecue sauce but that takes a lot of effort. We have a smoker so that’s the only way we do pulled pork in our house. It’s quite a process though so it doesn’t happen too often. I was craving it like mad the other day so I decided to try something a little different that would be reminiscent of that delicious sandwich but take a lot less effort. 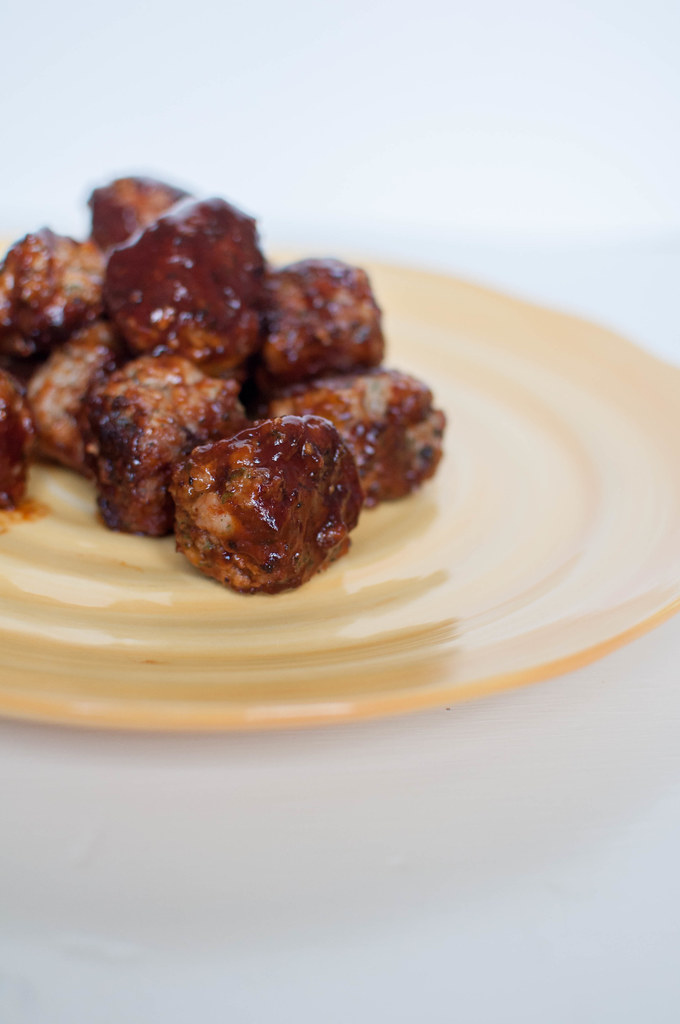 In come these little beauties. Done in less than 30 minutes and totally comfort worthy. I made a simple, traditional meatball but switched out the ground beef for ground pork. Once they are done they are slathered in that delicious honey bbq sauce I shared on Monday.

I served these alongside some oven baked fries but can you imagine them on a roll with a little coleslaw? Absolutely happening next time.

1. Combine egg, panko, salt, pepper and parsley in a large bowl. Crumble ground pork over the mixture and mix until just combined. Form mixture into 1-inch balls and place on parchment paper.

2. In a large skillet, heat olive oil over medium heat. Cook meatballs in a single layer, flipping after they have browned for 1-2 minutes. Cook until no longer pink in the middle. Remove from the pan and toss with honey bbq sauce. 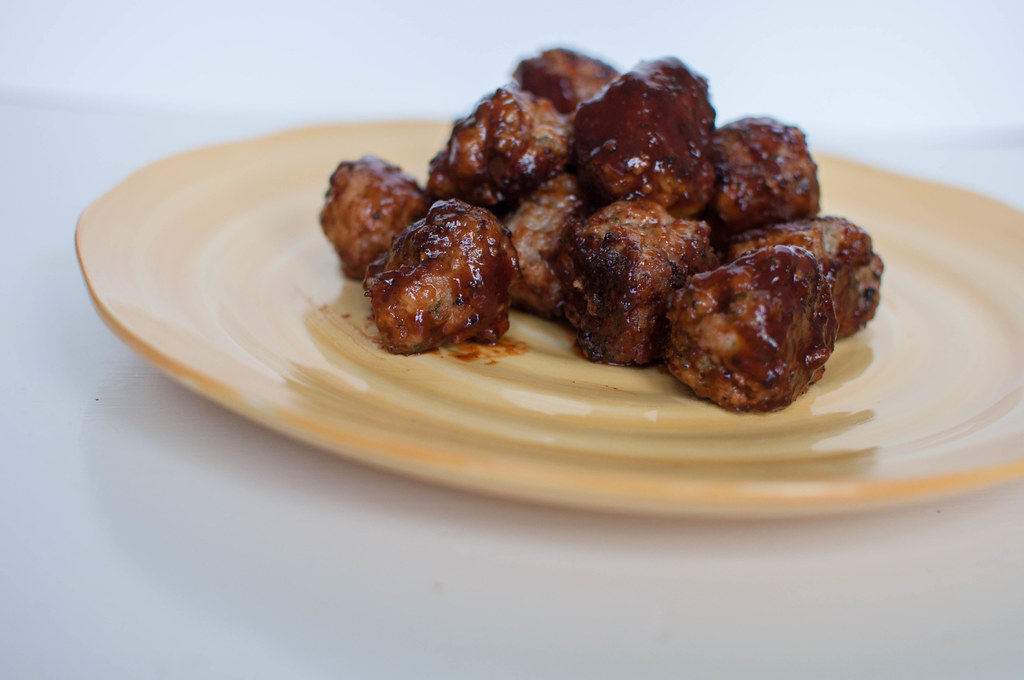