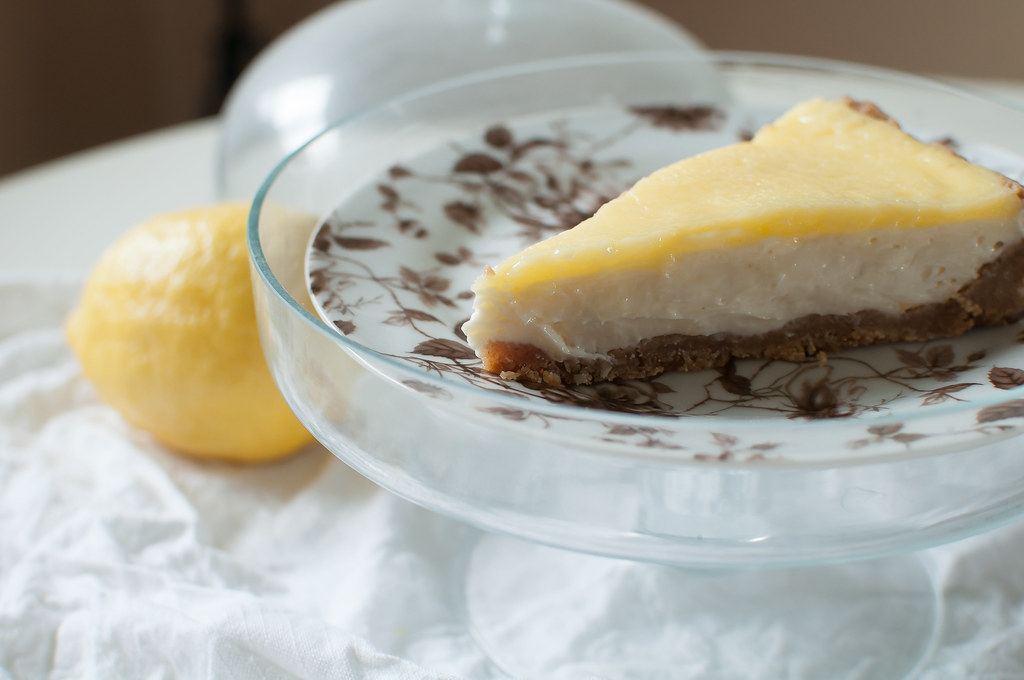 Ok, so I have to apologize for being so MIA lately around here. I don’t really have a big excuse for it, just a lot of little things. Joel was in NYC last week, Hannah is teething and will only allow me to hold her (every waking minute) and Noah is in the nonstop questions stage. So I’m pretty sure my brain has melted which really makes it impossible to blog. Dramatic much? Seriously though, it’s just been a bit hectic but I promise I’ll be better!

I made this cheesecake pie about a month ago when some friends were visiting from Seattle. I had been craving cheesecake but wanted to make it a bit summery and bright. I also didn’t want to crank on the oven since it was incredibly hot and humid. And out of these things I came up with the almost no-bake lemon cheesecake pie.

The crust is a combination of graham cracker crumbs, almonds and coconut for a bit of a tropical feel. It’s lightly baked, cooled then topped with a no-bake cheesecake layer. And the grand finale is a thin layer of homemade lemon curd spread on top. It’s a nice combination of rich, creamy, light and zippy. 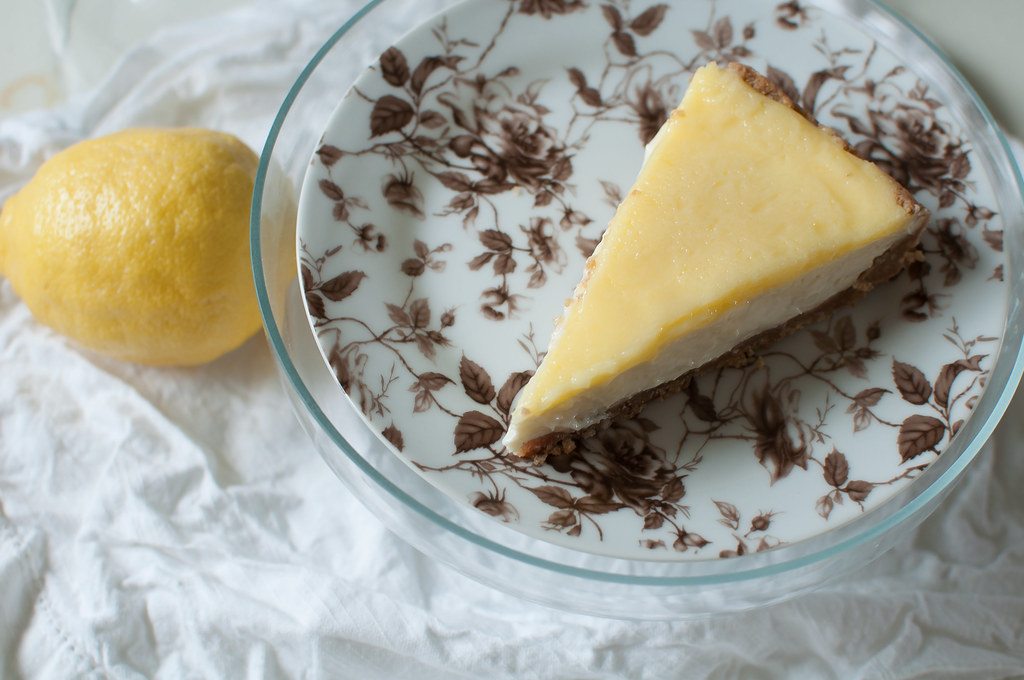 This pie would be a great end to your 4th of July celebration.

1. For the crust: pulse the almonds in a food processor until you get coarse crumbs. Add coconut, graham cracker crumbs and butter and pulse until it just comes together. Press into a 9-inch springform pan and bake for 10 minutes at 350 degrees F.

2. Meanwhile, for the cheesecake layer: beat the cream cheese until smooth. Beat in the condensed milk, 1/4 cup at a time. Beat in lemon juice and vanilla. Pour into cooled pie crust and cover with plastic wrap. Let chill in refrigerator for 3 hours.

3. After cheesecake has chilled, gently spread the lemon curd on top. Recover with plastic wrap and refrigerator until ready to serve. 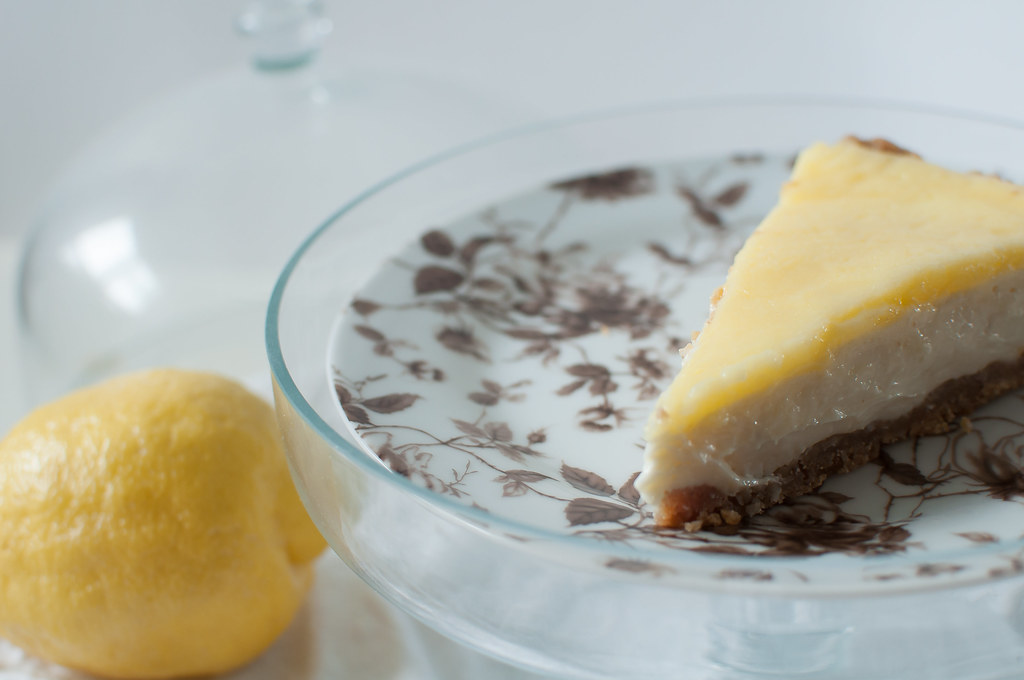