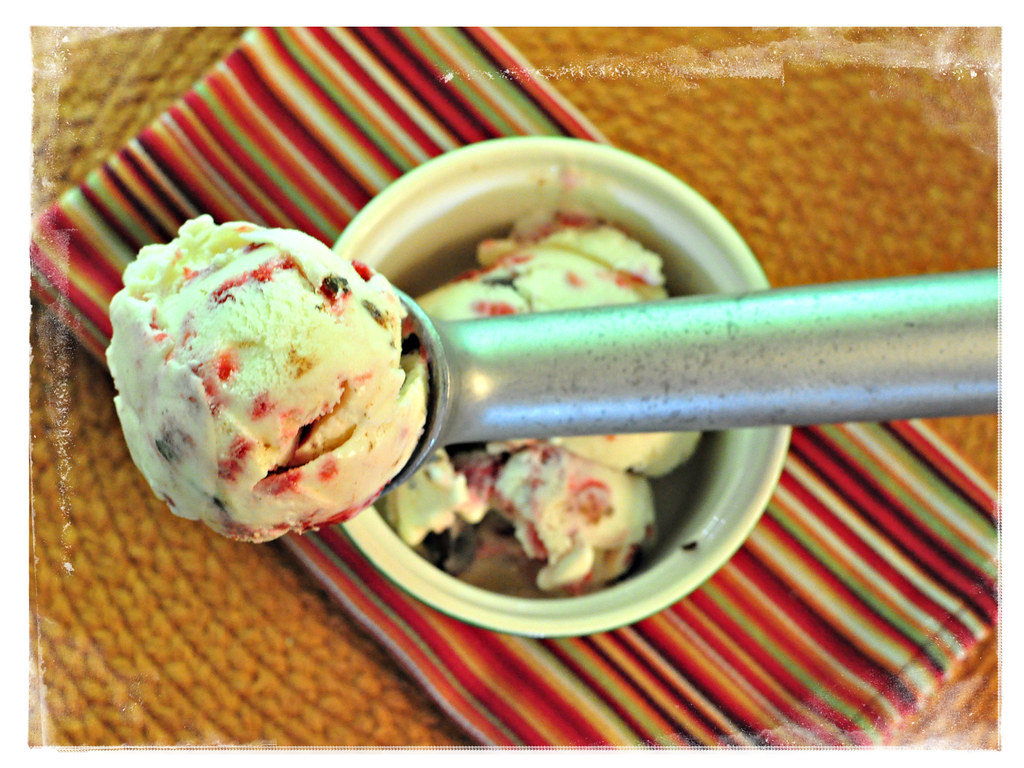 When I came across this recipe I knew I would have to make it for my dad immediately. He loves the combination of raspberry and chocolate, especially in ice cream, so I knew this Raspberry Swirl Chocolate Chunk Ice Cream would be a hit with him.

When we were visiting, I mentioned the recipe to him and he ensured that we had all the required ingredients so that I could make it happen.

I never really cared for raspberries but since starting my blog I gave them a second chance and have fallen in love with them. I’m just a bit addicted to Ghiradelli Dark Chocolate Raspberry Squares. But that’s for another time. 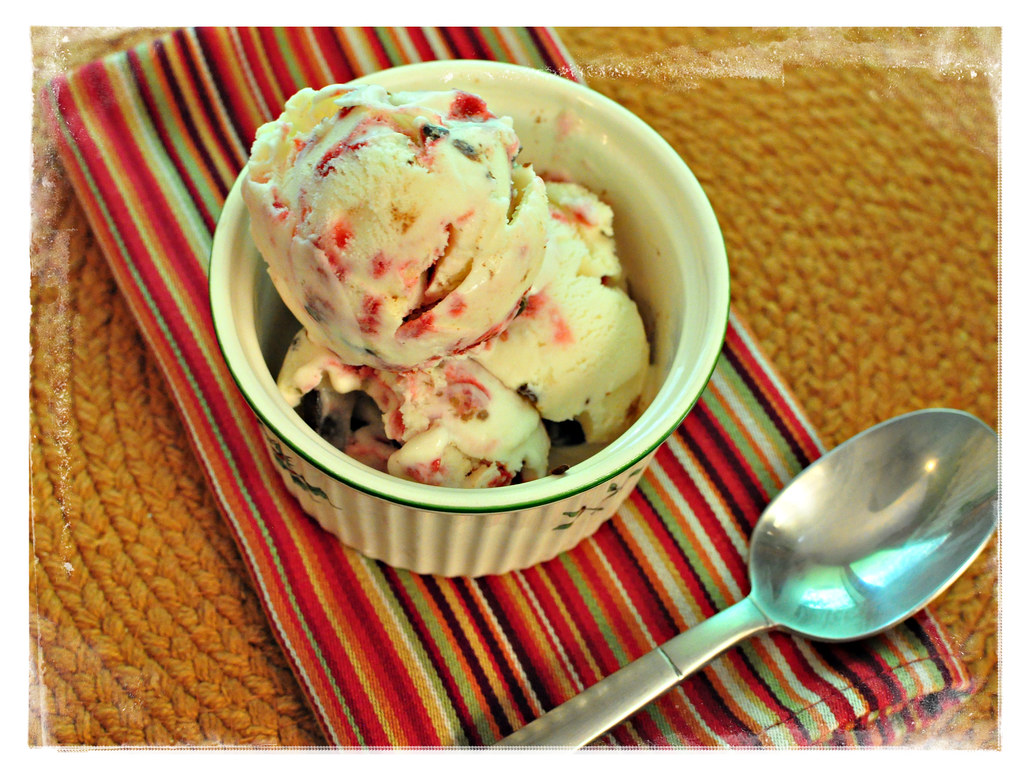 I love that this recipe uses coconut milk because in my opinion, coconut makes everything better. It only slightly imparts a coconut flavor but it’s enough to notice and it enhances the creaminess of the ice cream without adding as much calories as the traditional cream would.

I am in no way stating this is healthy because it still does have heavy cream in the recipe, it just uses other milks make it a little better for you. But really, who wants healthy and ice cream in the same sentence? I certainly don’t. It’s an indulgence so it should be rich and creamy and totally delicious.

If there are any of you that want healthy ice cream it has raspberries therefore it is good for you. Like my logic? Just go with it. 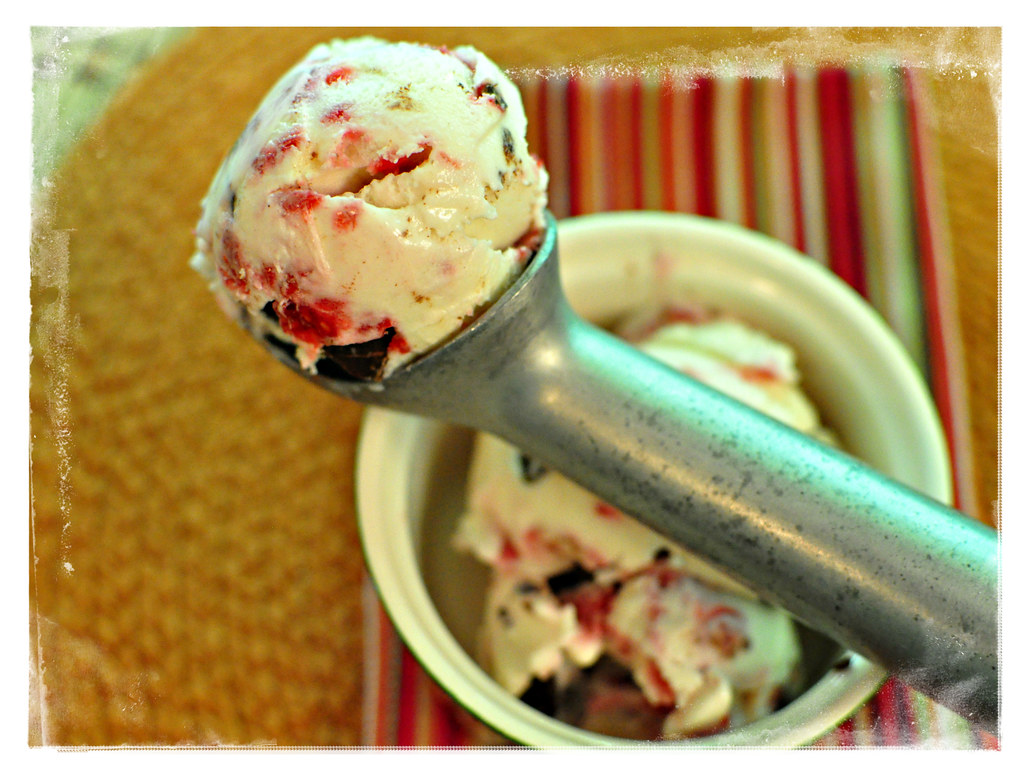