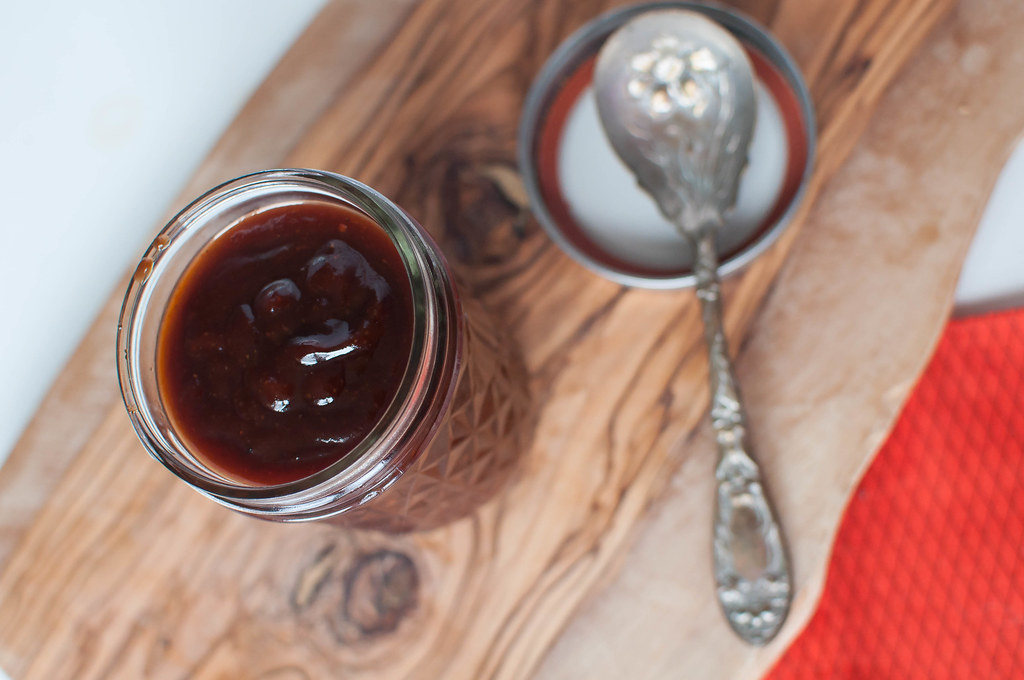 So I was going to share a chocolate cake recipe with you guys today but then Joel and I watched Fed Up last night. Sooo, now I’ve sworn off sugar. We generally try to eat clean but we definitely go through our times where we fall off the wagon a bit and make bad decisions.

We try to avoid processed foods and I pride myself on making almost everything from scratch but a girl can only do so much. I’m not perfect but I try really hard to make nutritious choices in order to set a good example for my children so that they will develop a healthy relationship with food. 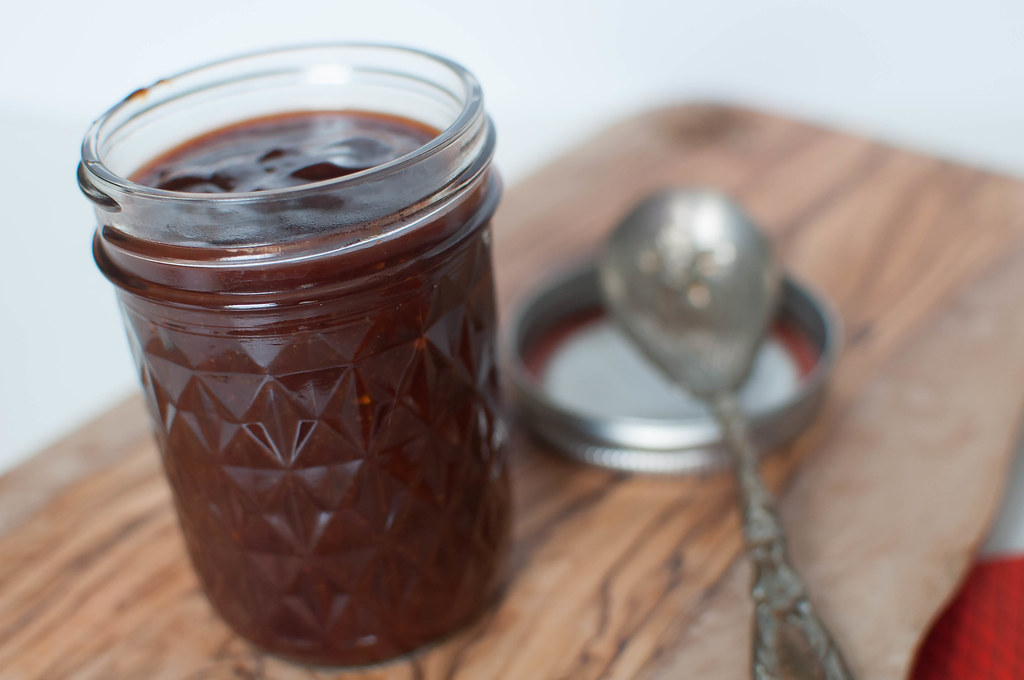 One thing I’ve especially enjoyed making homemade lately is condiments and sauces. It’s unbelievable how bad bottled dressings, barbecue sauces and marinades can be for your body. But homemade honey mustard dressing or peanut butter?

So much better than the processed versions. It’s also unbelievable how easy the homemade versions are to whip up. Most usually involve dumping everything into a blender or food processor. Total win, right?

Although this Honey BBQ Sauce takes a tad bit more effort than that, it really is super simple and only takes a half hour to make(with the majority of that time being inactive cooking). 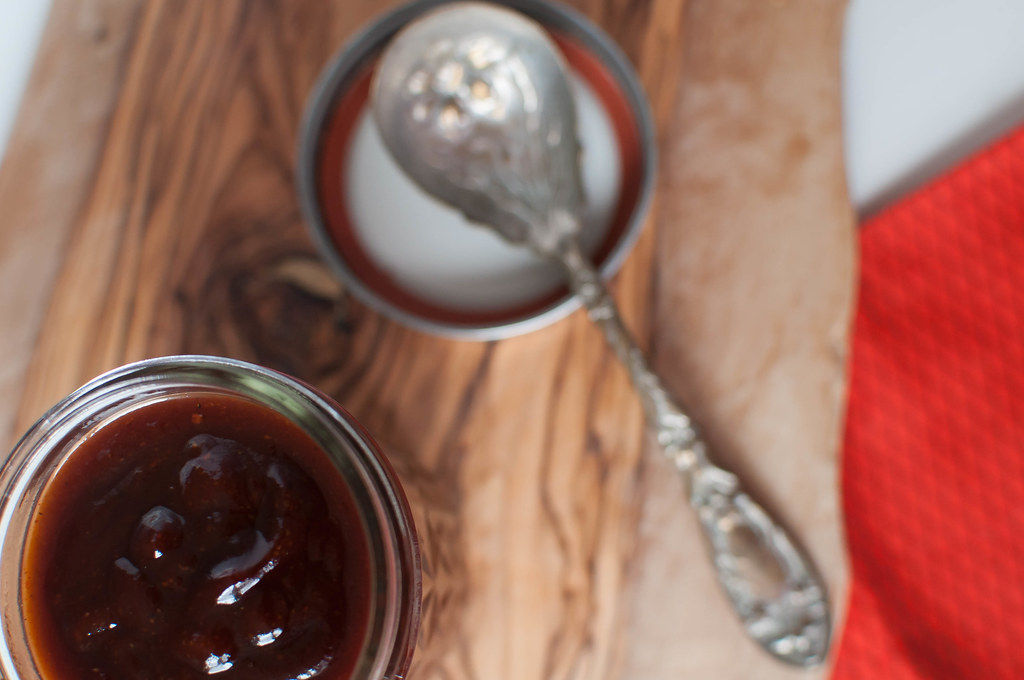 We have a favorite Kansas City barbecue sauce but I do like making my own versions from time to time. The sweetness in this barbecue sauce comes from raw honey rather than the brown sugar laden version that we love so much. There is a touch of savory, smokiness from the liquid smoke.

Sometimes it’s hard to find the time to make things from scratch when it’s so easy to just grab a bottle but it truly is worth the effort. One thing that been huge for me is prepping veggies, sauces, dressing and such on Sunday afternoon or during nap time. It’s a huge time saver during the week and makes it much easier to make healthier choices.

And don’t worry, I’ll still share that chocolate cake recipe among other sugary treats, just in moderation of course. 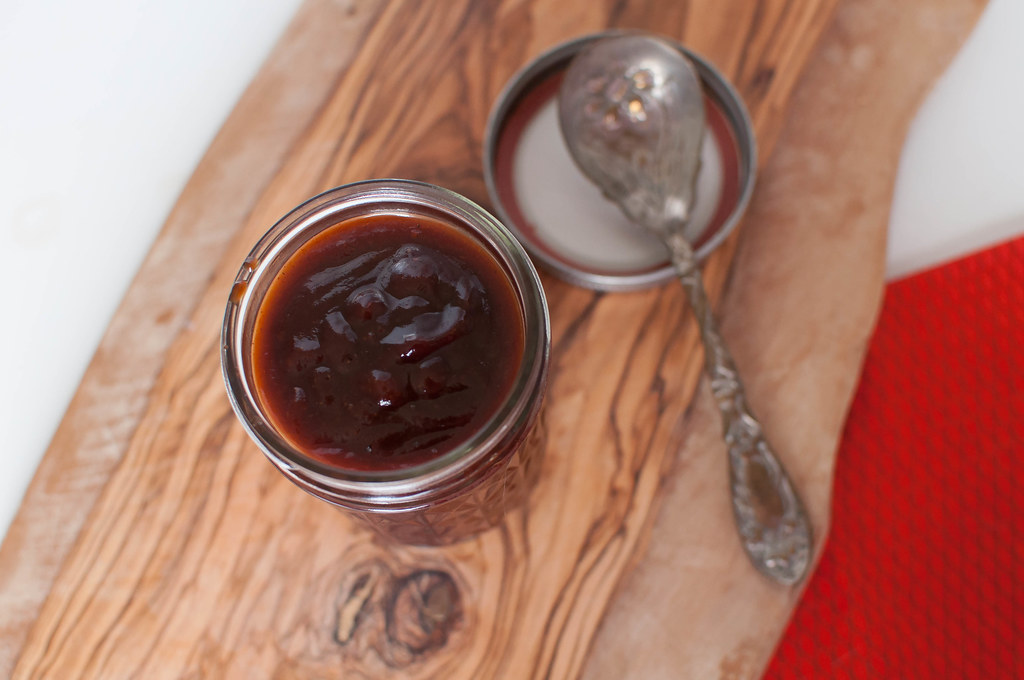 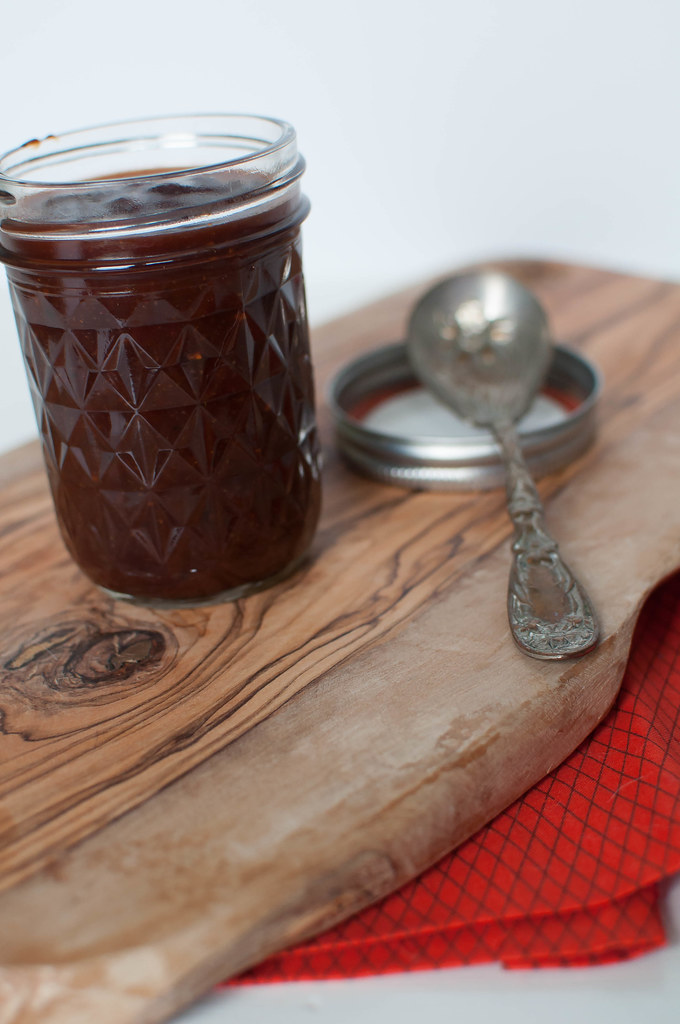